We knew it was coming, but here it is officially: Pioneer has posted the first of two introduction video on YouTube for its brand new PLX-1000 DJ turntable. We say “brand new”, but actually, it’s going to be instantly familiar to anyone who ever saw, touched or used a Technics turntable, as it’s the closest anyone has come yet to reintroducing the now-discontinued SL1200/1210 to the market. Here’s the video:

Despite Pioneer talking about its own “60 year history of players”, and lots of incremental improvements, this is the Technics we all know and love in all but name. I saw one at Musikmesse, and it is the closest anyone’s come. It’s so close, in fact, that in the intro video, turntablists Qbert and Shortkut talk about “coming home”, about how it “feels exactly the same” as the “classic turntable” they’re used to.

So what of those improvements? Well, one of the big things it has improved on over Technics turntables are the fixed RCA outs and power cable; now they’re plugs. It’s got adjustable pitch for plus/minus 8%, 16% and 50%, there’s a tempo reset button, and the strobe is now a more modern-looking blue rather than red in colour, among other small changes.

But apart from that it’s business as usual, from the look of it and the comments of Qbert and Shortkut – with the PLX-1000 boasting S-shaped arm, rock-solid, high torque, direct-drive platter, wide, long pitch control (no doubt without the hated centre-click of the SL1200/120 Mk 2s) – basically, “Technics, available again as of now!”.

Is this going to become the new club standard?

It’s a calculated move that if it works, means Pioneer now has a good chance of being the new club standard in turntables as well as CDJs and mixers, two areas where it of course already dominates. Why “calculated”? Because this is quite possibly one area where not innovating may well prove to be a masterstroke – why change too much when everyone says so little ever needed fixing?

So, it’s here. Is the Pioneer PLX-1000 a masterstroke by Pioneer? Will it lead to domination of the DJ booth? Or is it a backwards step, a box-ticking exercise? Lt us know your thoughts in the comments. 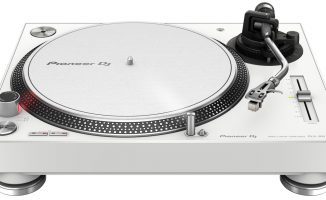 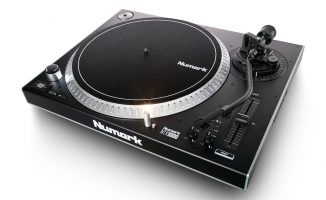