Akai is the latest music brand to get on board the Serato train, with two intriguing new USB-powered portable modular DJ controllers announced today, the Akai AFX and Akai AMX. The AFX is like a cross between the Traktor Kontrol F1 and Traktor Kontrol X1 having performance pads, FX controls and a touchstrip, while the AMX is a two-channel mixer with built-in Serato DVS compatible audio interface, kind of like the Traktor Kontrol Z1 but with transport controls and audio ins. Full descriptions, prices and image galleries for both follow…

All of Serato DJ’s pad modes are available here including slicer, cues, loops, sampler and so on, controlled by velocity-sensitive, RGB pads. The AFX’s knobs are touch-sensitive, just like the Numark NS7II’s, and support for Serato Flip is built-in, making this the first controller to officially have dedicated controls for this just-announced Serato feature. The box will contain voucher codes for the Serato Flip expansion pack, and for the Back Pack FX expansion pack too.

It’s easy to see this controller working well for Serato DVS users with turntables or HID/CD DJs (the Denon DJ SC3900 springs to mind), for instance, who could use it to add a whole host of controllerist features to their DJ set-up, but equally one or two of these could form part of a jogwheel-free minimal modular set-up.

The “M” standing for “mixer”, here the big news is a built-in high-quality audio interface that is compatible out of the box with Serato DVS control vinyl. It has a mini Innofader crossfader built in, gain, EQ and filter knobs, and is clearly designed to be used at the heart of a DVS set-up, alongside the AFX (especially as the AFX has “absolute”, “relative” and “internal” DVS labels on some of its buttons).

Indeed (and intriguingly), the release notes mention “Serato’s new DVS Expansion Pack”, which would suggest Serato is to roll out DVS as an option to other controllers too, breaking the long exclusivity arrangement with Rane (albeit alongside latterly the Pioneer DJM-900SRT). Again, the knobs (EQ and filter in this instance) have touch sensitivity, a la Numark NS7II, and transport and navigation controls are built in too, further cementing the possibility of using this alongside one or more AFX units for a tight, minimal, modular DJ surface, with or without DVS, HID or other turntable / jogwheel units. (These would look great alongside Denon’s SC2000 mini jog units, especially as Denon and Akai are part of the same company now. Just sayin’…)

• You can watch a promo video here.

So… so much to discuss. Akai helping Serato to take on Native Instruments’ Traktor modular units? Serato launching DVS as a plug-in for Serato DJ? A portable, modular controller with scratch-standard Innofader built in? Let us know your thoughts on these developments in the comments below! 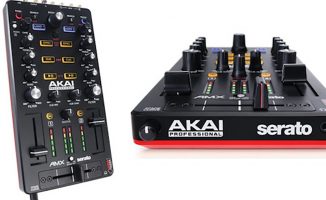 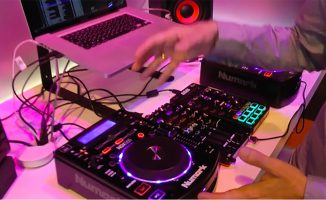 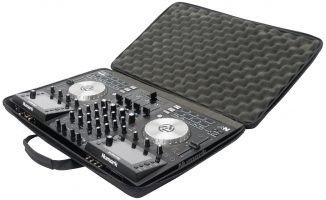