Those in-house after parties could be about to get better: Openmix is a tiny two-channel mixer you can keep on your keyring that’s meant for sharing music using two mobile devices with 1/8″ headphone outputs. Just hook a phone or tablet to each input, connect Openmix to a pair of speakers, and then you’re good to go. Openmix’s wheel serves as the “crossfader” between the two devices, letting you execute fades. You can even connect a third device via Openmix’s aux input, just in case you want to use another app for finger drumming and the like.

Of course, like the Pokket Mixer it’s not meant for serious DJing, but we think it’d be a fun addition to any impromptu house party, primarily because practically everyone has a mobile device with music on it and a 3G/4G/WiFi connection to stream music from.

• Openmix is currently seeking funding at Kickstarter and, as is usual with crowdsourced projects, comes with a variety of funding incentives for every budget.

Would this be a house party essential, or do you think it’s just a clever little toy? If you’re interested, which variant are you thinking of getting? Let us know in the comments below. 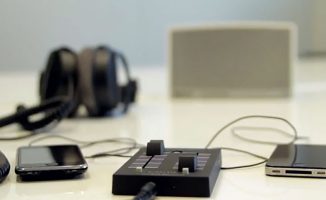 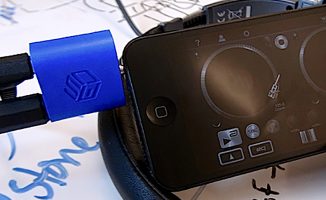 8 Things To Consider When Choosing A DJ Mixer