A new version of Algoriddim’s djay for iOS has been announced today. Version 2.6 of the popoular iPhone, iPad and iPod touch DJing app brings a new sound pack called GE Drop Science for its onboard sampler. This pack contains sounds that came as a result of producer Matthew Dear’s collaboration with GE in the “found sound” electronic track Drop Science.

Aside from the branded sample pack, djay 2.6 also includes the keys and BPMs of millions of songs in the Spotify catalogue, pre-analysed and instantly visible when browsing. A user interface optimised for Pioneer DJ’s DDJ-WeGO3 is also a highlight of this update.

The extra sound pack is cool, but what piqued my interest was the compatibility with the DDJ-WeGO3. I felt like earlier versions of the DDJ-WeGO looked more like toys than DJ controllers, but this latest version has the potential to be the go-to choice for beginner DJs looking to get serious down the road, what with its compatibility with Serato DJ Intro and Virtual DJ 8 for laptop use, and now djay for even more platform options. You certainly wouldn’t have an excuse not to practice!

Have you used djay with an external controller for gigs? Do you think iOS/tablet DJing is starting to become more feasible as a compact DJ set-up? Let us know in the comments below. 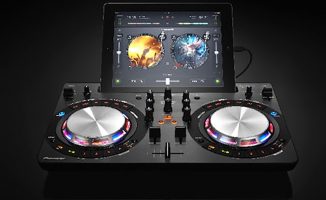 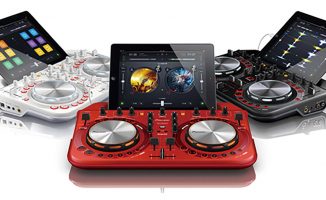