In 2014, live performances are one of the main, if not the main, source of income for bands, groups and artists. Gone are the days (remember the 20th century?) when a band could record one huge, mega-hit single, have it sell like pancakes to an eager music-buying public, and retire to some mansion in the country, job done.

No, nowadays, if musicians want to make money, they have to perform live – something DJ/producers have known all along, actually! And just like DJ/producers, if bands want to make more money than performing at the bar down the street every Tuesday, they have to organise multiple show in multiple cities in multiple countries, over and over again. It’s called a tour – and more often than not, these acts will need a local act to support them. And guess what? Today’s touring acts are increasingly looking to DJs to do this job. That’s where you come in!

Opening for a touring outfit, whether it’s a band or indeed a favourite DJ/producer, is a great way to build onstage credibility in your resume: It basically shows other promoters that they can trust you to steel your nerves and get in front of a crowd without breaking a sweat. This can be particularly useful to you if you’re just starting out as a DJ. After all, if you were able to front for DJ ABC, then you can most probably warm up for that proper’s act, band XYZ, too – right? And as many bands don’t tour with a support act or DJ, preferring to source locally, there’s a real opportunity here.

If you want to get noticed as someone who can be a warm up DJ for your favourite acts, here are a few tips to keep in mind:

You can’t open for a DJ or act that you despise: It’ll come through in the insincere way you handle yourself both on and offstage, and you’re doing everyone a disservice. In today’s music landscape, integrity and authenticity are key factors in your success, as true fans and diligent promoters can snuff out a fake much quicker than you think.

Include the act’s music in your DJ sets when you can and if it suits the mood / venue: This works particularly well for independent acts / up-and-coming producers who need as much exposure as they can get in order to get their songs heard by as many people as possible. Think of yourself as being that act’s evangelist or herald in your city; you love their music to bits that you simply have to share it with others.

Upload your mixes on Mixcloud, or better yet, make your own edits or remixes of the acts’ music and post them somewhere. The idea here is you want to be associated with the sound of the acts you want to front for. Having a mix of the same genre and music style for people to listen to is a good way to do that, although I’d be willing to wager that a bootleg or well-produced mashup will truly keep you at the top of a touring act’s management / promoter’s mind, simply because there aren’t as much DJs producing songs as there are DJs making mixtapes.

The key takeaway here is that aside from making yourself searchable online, your quality production / remixing / mashup work has to be readily available and easy to find, too.

3. Connect to the act online through social media

Get active on your favourite DJs’ Facebook page and SoundCloud account. Drop them a line to tell them you like their music, and that you share their tunes with people in your own network. Artists appreciate the extra views and listens more than you think, particularly if it comes from a place of genuine interest and musical enjoyment (and a city they’re soon to be visiting on a tour…).

Support them by buying their music, physical or digital, as well as their merchandise / shirts. If you’re big on photo sharing sites like Instagram, tag them in your photos if you were at their show or if you’re wearing their merch; basically, do things that get their name in front of folks in your circle, thus adding value to them by increasing the potential scope of their fanbase. I’m not asking you to take endless “selfies”, though, but in context isn’t a bad thing.

4. Be active offline in your local scene

Go to shows that feature bands and DJs that play the same genre of music as the artists you aspire to open for. You probably already do, anyway, but the point here is to be physically present at the venue instead of catching a “live performance” on YouTube. It’s never been easier to connect with like-minded people online, so actually physically being there and meeting folks in person shows you’re more committed to engaging with others who share your values and music aesthetics.

Also, being active locally doesn’t mean guzzling resources from other people, befriending people for the sake of exploiting them, and just being generally annoying: There are enough nuisances like those to begin with. Again, add value and give before taking.

Success in the music industry (and most of life, actually) relies heavily on the following statement: It’s not what you know that makes the difference, it’s who you know. You can be the “illest controllerism DJ” to come out of your city block, but if fans and promoters don’t know who you are because you don’t make an effort to reach out, you’re going to have a more difficult time getting booked compared to another DJ who’s in that promoter’s inner circle. Events and shows are a business built on relationships: You have to feed these relationships to keep them healthy and positive.

The caveat here, again, is that you should never meet people for the sake of taking advantage of them or their position as a promoter or gatekeeper: Once again, add value to the people in your network first. I promise you that you’re never going to get anywhere in your DJ career if all you ever do is take, take and take without giving first.

If you think all these tips are balderdash, have a look at this:

These five tips have helped me land a DJ slot in support of Glasgow-based trio CHVRCHES. Put in concrete terms:

These steps are the same ones I’ve taken when I supported other acts who performed in my hometown (Toro y Moi, Miss Nine, etc), mainly because these are the same steps that happen to work time and time again. It bears repeating, folks: Add value to the people around you first, be sincere in your love for the headliner’s music and your desire to help out next, and just keep going at it ’till you get it!

Do you have any other tips for getting a support slot for an act on tour? Go ahead and share them with us in the comments section below, we’d love to hear them! 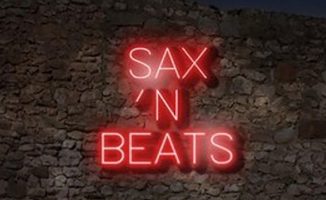 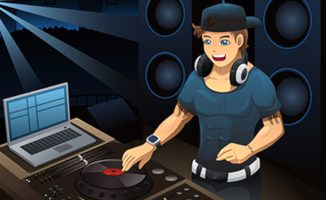 What Type Of DJ Are You? 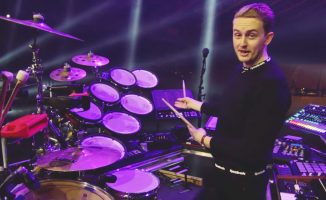 Your Questions: How Do I Add A Drum Pad To My Set-Up? 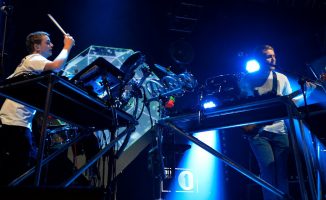