Android-equipped DJs have a lot to smile about these days: Shortly after djay 2 for Android was announced a few weeks back (along with its Reloop Beatpad compatibility), we now have Cross DJ updated to work with two other DJ controllers apart from Mixvibes’ own U-Mix Control Pro. The update allows the paid version of Cross DJ for Android (now “Cross DJ Pro”) to be controlled by Pioneer’s entry level DDJ-SB two-channel controller as well as the carry-anywhere DDJ-WeGO2.

To connect your Android device to either controller, you’re going to need two additional accessories: an OTG (On-The-Go) cable, which lets you connect a USB cable to your device acting as a host, and a powered USB hub, which supplies the necessary juice to power up your DJ controller. It’s worth noting that neither the DDJ-SB or the WeGO2 comes with a copy of Cross DJ For Android, nor do either of them come with an OTG cable and a powered USB hub; all of these need to be purchased separately aside from the controller, so budget accordingly!

While not as “all in” and easy to set up as a Traktor Kontrol S4 Mk2 controlling Traktor DJ on an iPad, and almost definitely not using the built-in audio interfaces in these devices as yet, this is certainly a significant step in the right direction for DJs invested in the Android ecosystem which, by the way, is the most widely used mobile platform in the entire world as of this writing. I’ve had some problems in the past using cheap USB hubs, so you’re going to want to get a name brand one (or at least not the cheapest hunk of plastic!) if you plan on using a set-up like this for gigs.

• Cross DJ Pro For Android is now available in the Google Play store for US$9.99, and is a free update for existing paid users.

Are you an Android device owner itching to get started DJing with it, but not really keen on just using a touchscreen? Do you own any of these hardware controllers and an Android phone / tablet? If so, do you think it’s worth the price to upgrade to Cross DJ Pro for the compatibility? Let us know what you think in the comments below! 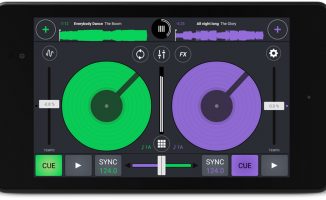 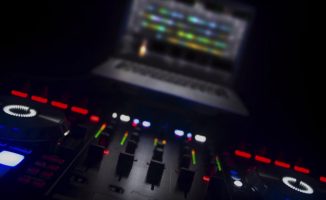