How can we tell the difference between someone offering us helpful advice, and someone who does not have our best interests in mind? Both as a DJ and teacher (I run a creative marketing workshop called Brand Me Silly), I’ve experienced and witnessed the latter time and time again. Some of the awful ideas our workshop classmates share with us sound like someone hammered them into their heads early on in their careers, and it’s often stuff which could potentially hold them back.

I was well aware of the horrible advice DJs were giving other DJs long before I was teaching. When I’d decided at 19 I wanted to take up DJing I had big goals in mind and fully believed in myself, but not everyone felt the same and I was often discouraged, with people I looked up to telling me I wouldn’t amount to anything. It’s the strangest feeling to have always respected someone, only to feel complete disappointment in them moments into sharing your dreams! As my career progressed I repeatedly witnessed similar negative attitudes, not only directed at me but other newcomers still trying to find their way too.

I heard such lines as: “We’ve been in it for over 10 years, if we didn’t make it big what makes you think you can?” There always seemed to be some “hot topic” of derision: I listened to vinyl enthusiasts putting down CDJ users, DJs moaning about “this damn technology” and how it was now so accessible, about how their “competition” had tripled. Before you knew it, “everyone is a DJ” turned into “everyone loves rave music and it’s all the wrong genres…” And on and on.

I started to wonder if the advice given by the very people who had such negative things to say had more to do with them and less to do with everyone else. Were they projecting their self-hatred onto others? (I recently wrote an article called Haters Are Your Motivators exploring this further.) It appeared the DJs who were the first to “give advice” and the angriest about it, were also the ones shaming other DJs for everything from the way they dressed to the music they played to what they played it on. No one was safe.

On the other hand, it became apparent to me that those DJs who were calm, collected, polite and worked hard didn’t appear to struggle with the supposed “reasons” for anger that other DJs moaned about. They were better able to cope with negative situations, respond in healthy and more professional ways, and appreciate the blessings both big and small that came their way. It didn’t mean they weren’t dealing with hate and judgement, but they fought through that because their approach was something different.

Fast forward to today and I see four types of DJ from back when I realised all of this:

So who can you trust for advice? Well, when someone has not received success in an area they are giving advice for, unless they are a professional expert (based on let’s say college degrees), chances are they will send you in the wrong direction. whether knowingly or unknowingly. You don’t take cooking advice from some that burns food all of the time, do you?

When someone is paranoid, often their “advice” is sprinkled with toxic messages. Things meant to make you feel bad about yourself. This often comes off like back-handed compliments. “I can see you’re trying and that’s admirable but here are all the places you are making mistakes and why I think you’re shooting yourself in the foot.” It may seem harmless, but sometime those things they state are “shooting you in the foot” are actually helping your career!

And sometimes people give advice that just doesn’t work for you, and that can leave you feeling pretty frustrated as well. This could be along the lines of recommending you promote your brand in a way that doesn’t not reflect the brand, which could include the type of music you play. When people that say things like “I’m a good guy” or “I am just telling you how it is” and you feel like their behaviour is the complete opposite of the statement, your gut may be telling you something. Listen!

Whose advice you should be heeding…

The best people for advice tend to be the “happy success” types. They are not only actually in the position to offer good advice (through “getting there” themselves), but they also relate to, acknowledge, and accept you for you. They are diplomatic, understanding and won’t pressure you to do something you are not comfortable with. People that are genuine don’t lack empathy or justify their abusive behaviour by stating they are “just being honest”.

When people look up to us, we suddenly have this big responsibility we didn’t ask for. To be helpful, honourable, and honest. The way we approach that is so important, because everyone is different. We can’t expect people to fall into our cookie cutter ideas on how to do things. We have to allow people to be themselves, and find their way while we encourage, support and help where we can. Advice given this way is truly worth seeking, heeding and remembering.

• Kilma is a Canadian DJ, writer, and radio host on Ustream.tv. Find out more about her and connect with her via social media at her website.

Have you experienced bad advice or discouragement from other DJs? How do you know who to listen to and who to ignore? Do DJs come to you for advice, and if so, how do you choose to deal with the situation? Please share your thoughts below. 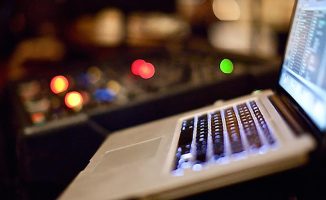 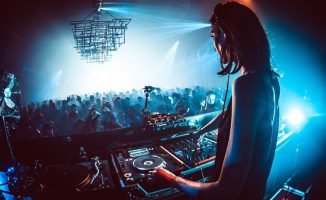 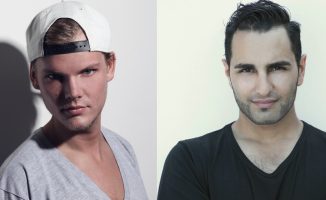