Native Instruments has just released a new promo video for the Traktor Kontrol S8, in which the company has (really wisely, we reckon) got an undisputed stalwart of the electronic music scene to use and endorse the product: Carl Cox.

What he says in the video ties in really strongly with what we talk about in yesterday’s Kontrol S8 tutorial: Basically, that the S8 is designed to be the heart of a DJ system, as much as it is the start, middle and end of one. It’s an interesting video and clearly it’ll do the S8’s cause a lot of good having such a grand master backing it… but it got us reminiscing here, too.

We are old enough to remember Carl Cox getting lambasted by the hardcore/jungle scene (“jungle techno” as it was called back them in the UK) when he abandoned it in favour of a harder techno sound; must have been around 1990! Since then, of course, his multi-deck mixing skills, record label and world touring have kept him right at the top of the game.

And so to celebrate Coxy, here are three more great videos of the guy in action over the years:

You gotta love it. True old style, rewinding 20 years to when vinyl wasn’t a choice, it was all there was. Notice how little he uses his headphones (he just scratches those tunes in half the time). Notice how little he touches the EQ (like, never!). Notice the third deck tucked away at the side. This is fluid, sync-free and raw: electronic DJing stripped right down to its basics by a master. Still exciting today.

Roll on a full 13 years, and Coxy’s rocking no less than Traktor Scratch. His music’s more high-energy Ibiza house, but the mixing skills are still in evidence in this short clip. What’s also in evidence (it’s on Native’s channel) is how different the videos the company was pushing out back then were to the polished, stylistic mini-epics of today! Kinda miss the rough & ready “camcorder-then-bang-on-a-quote” style (not that it’s ever gone away round here, mind, wink wink!)…

Five years after the last video, and with ten grand’s worth of Pioneer gear in front of him, Cox puts in a performance that’s as vintage as it is exciting: The similarities between this and the three-deck set 18 years earlier jump out more than the differences. Note the “only as much as necessary” use of headphones, the lack of sync, and the bold strokes in his use of volume (oh, and the huge smile at 11:56). Still on it!

Y’know, it ain’t really about the gear, but it is about music, passion and skill. Native did great to get Carl Cox to talk about the S8 and use it in his DJing, but buying one of these things ain’t gonna turn you into Carl: Practise to within an inch of your life on it, though, and live and breathe the music you love until everything else in your life dims in comparison, and you might just get where you’re dreaming.

Helping people get whatever they want from their DJing through our DJ training is why this website exists – and an hour’s reminiscing about Carl Cox and the great times we’ve spent dancing to his music over the years has simply reminded us how much we’ve got out of DJ culture over the years ourselves. So – great coup, Native, but better than that, thanks for inspiring such a great trip down memory lane. Now, better do a bit of work before someone spots us playing psychedelic trance very loud and saying “sorted!” a lot…

Are you old enough to remember some Carl Cox moments of your own? Is this the first time you’ve seen him DJing? Do you like his style on vinyl, CDs and now a mix of decks and software? Let us know your thoughts in the comments… 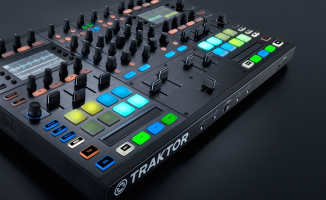 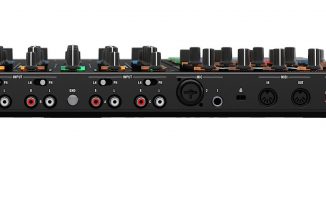 Video Training: How To Connect External Devices To The Traktor Kontrol S8 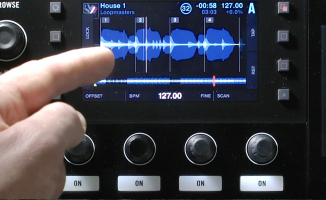 Video Training: How To Set Beatgrids On The Traktor Kontrol S8