Digital DJ Tips member (join here) Rayanaldo writes: “I’ve been DJing for around seven years now so I’m fairly familiar with manually mixing in key; although I don’t always know what key it may be I’ve trained my ears pretty well! Then I discovered Mixed in Key. Awesome! Then Traktor came out with the key detection feature, even better! Only problem is while there are a few tutorials that explains how to mix using Traktor key notation, most if not all explain it using major minor sharps so and so forth.

“What I’m wondering is… I analysed a few tracks using Mixed in Key, to see what the difference between Mixed in Key results and Traktor results were. I might be overthinking it, but when Mixed in Key tells me a song is “8A”, “8B” or more than one and Traktor has marked the song as “2M” or “2D”, it throws me off a little.

“Maybe someone could break it down for me little better or at least let me know if I truly am overthinking it? It’s probably best to use one or the other but having seen the different results each program has given me, I’m almost questioning whether or not my lack of understanding for the Traktor system may or may not be throwing off my musical programming aka energy levels / fluidity of my mixes.”

A few things here, Rayanaldo. Mixing in key is only as good as the analysis you have, and so you must always trust your ears. It’s a tool, not a rule, and the energy level and fluidity of your mix is based on bigger things that whether the tunes are in key. Use key mix ideas to suggest next tracks, not to decide them. But you’re onto that already due to hearing good matches instinctively before you discovered digital key analysis, so I think you just have to have a bit more confidence in your instincts.

There is no mystery about Traktor’s system: it just used different numbers and letters than Mixed In Key’s. The popular “rule” is to mix to the same code, or if you want to change, keep the number the same if you go to the other “letter”, or keep the letter the same if you move up or down a number. In other words, exactly the same as Mixed In Key. Forget about majors, minors, sharps, flats etc. (There is actually more to it than that for those who want to understand this deeper, but it’s too much to go into here.)

The reason Mixed In Key sometimes gives two readings is that it’s more sophisticated than Traktor in that it can see key changes in tracks (not all tracks are the same key all the way through), whereas Traktor can’t. It’s also more accurate than Traktor’s key detection, but nothing is perfect, so again, trust your ears. I think it would be a good idea to choose one or the other though, or things will get mighty confusing. While Traktor’s analysis is less sophisticated and less accurate, the way it works within the software (colour coding, key recommendations) is pretty neat, so you need to weigh up the pros and cons, decide on “your” system, and stick to it. And remember, “it’s a tool, not a rule”!

Do you have a preference between Traktor’s Open Key notation/analysis and Mixed In Key? Have you struggled understanding this too? Please share in the comments. 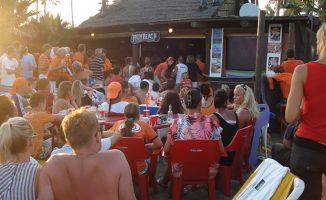 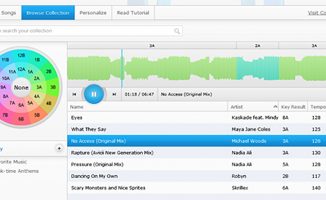 Your Questions: Is It Still Worth Using Mixed In Key? 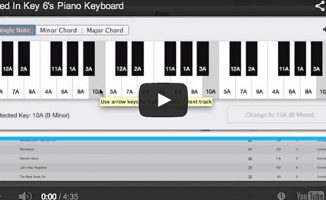 Video: Mixed In Key 6 Goes Back To The Old School