I have to admit: I’m still reeling! Last weekend I was hired to DJ at a wedding. We agreed that I would DJ during their after party for three hours, which is normal for a wedding reception here in the Philippines. Fast forward to the day of the wedding. The ceremony’s over, dinner’s been served, and bottles of expensive bubbly are being downed. Everyone’s ready to party! I take my place behind the DJ booth: A handful of people dancing turns into a throng, and then into a frenzied crowd. When guests started climbing up onstage, that’s when I know I’m doing it right!

I continue to pump out tunes in between high-fives from the groom, bottles of Armand de Brignac, and shots from pretty girls. I was well into the first hour of my set when suddenly, this guy comes up onstage with the bride, a pair of headphones, and a bag of CDs.

“I’m a friend of the bride! I’m gonna DJ now, can you end your set already? And can you remove your controller and laptop and set the CDJs up for me? Where are they, anyway? I only mix with CDs, you know!”

It was bad enough that this guy interrupted me in between song transitions to tell me that he’s jacking my set, but what’s worse is that he actually expects me to hook everything up for him!

“Oh and do you have that connector-thingy for the headphones? I left mine in my car, can I just borrow yours? And can you hurry with the CDJs?”

My blood was boiling at this point. I had my hand beside a champagne bottle, and it was taking all my willpower not to grab it, smash it in this guy’s face, and throw him in the LED wall behind me! Lucky we think these things and don’t do them, eh?

So having resisted the grand temptation to attempt something beautifully violent, I spoke to the tech booth guys to hand me the CDJs (which they were kind enough to plug themselves), gave the guy a “jack connector-thingy” (it’s a headphone adapter, mate!), and played two more songs so he had time to set up.

When it was his turn, he gave me a thumbs up sign and a grin, which is apparently douchebag code for “I just hijacked your set, thanks for warming up for me!” and so I exited the booth to cool off. I congratulated the couple, thanked them for asking me to come on, and left without causing commotion. In fact, no one knew what happened onstage even though the dancefloor suddenly emptied and the music became questionable at best. I don’t know how it ended. I left.

But you know, I’ve been a pro DJ for many, many years playing everything from club gigs to bar gigs and well-paid weddings, and I really ought to not have let this happen. So now I’ve calmed down, I thought about what went right and wrong at that gig, and – just like our founder, Phil, did in his DJ Gig From Hell article a few months back – I’d like to share.

Four things I did right

I’m not a selfish guy: I love sharing the stage with other DJs, especially ones who bring something to the table that I can’t, because it just makes the party even better, but you’ve got to draw the line by looking out for yourself at some point. There are just too many desperate DJs out there who will do anything to get ahead in the game, even if that means taking advantage of other DJs. This is the perfect example of the wrong kind of “hustle”: You never get anywhere in the long run by stepping on other people.

What goes around comes around.

Have you had an experience similar to this one? Ever been kicked out of the DJ booth by another DJ? We’re here to listen! Go ahead and vent in the comments below. We can all learn how to handle situations like this from each other, especially since it’s such a sensitive topic. This is a chance to share what you’ve learned with our other readers. No bashing other DJs! 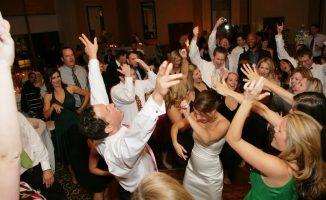 6 Things Brides Really Look For In A Wedding DJ 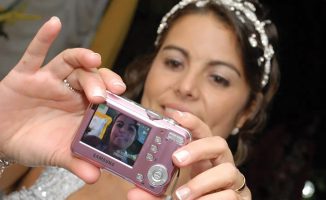 Over To You: What Music Should I Take To A Wedding?