Pacemaker DJ for the Apple Watch is the first DJ app available for Apple’s new smartwatch device. It connects with Pacemaker on your iPad and acts as a remote for Pacemaker’s Autopilot feature, letting you skip songs in a queue using the Watch. It can also find suitable tracks in your playlist to play next.

We guessed how the Apple Watch would fit into DJ set-ups last year, and predictably, the first app to come out is basically a remote controller on your wrist; hardly exciting, though potentially useful for Pacemaker users stuck in a toilet queue or similar scenario that prevents you from reaching for your iPad. The Pacemaker DJ app is gimmicky at first glance, but at this point it’s still too early to tell what the app and, ultimately, the Watch are capable of doing. We’ll all just have to wait and see…

• Check out the Apple website for more information on Pacemaker DJ for the Apple Watch.

What do you think of Pacemaker DJ for the Apple Watch? Do you think the Watch has any chance of becoming an important tool in a digital DJ’s arsenal? Let us know what you think below. 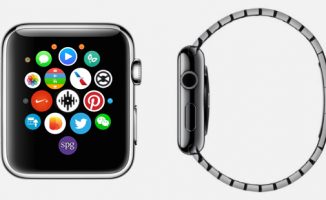