A year ago, we ran a story about how a club promoter refused point blank to allow a controller DJ to play at their venue, and we asked for your experiences. We got a massive range of responses, from “you gotta use the gear provided”, to “anything goes nowadays”, to the inevitable “if you ask me it’s all gone downhill since 45s took over from 78s…” etc, but overall it seemed that the idea of allowing DJs to play on what they like was catching on.

As part of our Digital DJ Masterclass 2015 Free Training Event, we are playing a film we made at Ministry of Sound, talking to their technician about what DJs play on there, and what their view on all of this stuff is (you can watch the film here), and so we though it would be nice to revisit this question 12 months on to see how it is out there for controller and digital DJs in 2015.

Yesterday we asked the question on Facebook (you can see the responses unedited here), but we’ve taken some time to reproduce some of the most interesting answers from our readers “on the front line” below:

“In my experience, clubs treat DJs more and more just like bands or live acts. They get asked what they need and what they will bring with them. It’s simply an accepted fact that everyone uses different equipment.” – Walter Marinelli

“I don’t get the vinyl fundamentalists. Last night a guy was playing with vinyls: shitty music, bad mixes and tracks jumps. Shouldn’t it be more important focusing on the vibe and the music instead than wasting energy arguing about which equipment is better?” – Raf Jackman

“Haha I force DJs to use controllers in my club! I have two CDJs hooked to the S8 which can also be used as standalone mixer but you would be surprised how many actually wanna use the S8 instead of the CD players.” – Sam Dezeure

“Professional DJs are prepared to play on literally any type of gear. With that said, they do not like their options to be purposely limited due to the inability of the club or promoter to control their other talent. As for me, a laptop and controller is always with me along with USB keys and a book of CDs just in case something goes wrong. I want the options and I want to be able to use any combination of these things (within reasonable limit and space) to perform. Any club or promoter limiting my ability to perform out of personal prejudice will not have me performing for them. If that means never being able to play certain parties, venues or festivals then it’s their loss.” – Curtis Atchison

“I bring my gear 100% of the time. I know it. It works. It’s there. Too many venues don’t have gear in 100% working shape. Plus, few clubs take care of their stuff. Missing knobs, spilled drinks, etc. It’s just smarter to bring your own gear.. no matter what it is.” – Randall Erkelens

“At the the club where I play, all four resident DJs bring in their own controllers. The club’s CD-only equipment is just too old/damaged and we all use Serato now anyway. Never encountered any friction as it saves the club having to buy new kit!” – Luc Van Giap

“Never had an issue with venues. Other elitist DJs look down their noses at them. But, screw ’em.” – Daryl Cimat Northrop

“So far I have had two venues in the past year require me to use house equipment. One place was because there was no room for my shit and the other was because they thought by letting me bring my stuff inside they would be assuming responsibility.. Both places had Technics 1210s and a Rane mixer which I am comfortable with so there was no problems… If they were CDJs I would have left. I use a DDJ-SZ controller now which I guess is similar to CDJs, but I have never used a CDJ and hopefully will never have to. Can’t wait to get space in my house to go back to vinyl…” – Tim Foster

“I don’t allow DJs to bring controllers unless it is a compact controller such as a Kontrol X1, F1 etc but our DJ box is set up to cater for Traktor/Serato DJs as we are using a DDJ-SZ as our main mixer for easy switchover and have 2 x CDJ-900s plugged in for CD & USB.” – Salmon Solly-p Potgieter

“Becoming more common for bars not to supply gear and the DJ is expected to bring their own… But there’s been no shift in the price.” – Vito Motiv Nonumalo

“DJs should learn to use both CDJs and controllers. They will never come across Technics [turntables] in a club so they are safe from ever having to worry about knowing the tempo of the music, shouldn’t be hard on either.” – Tim Doring

“I’ve used my Kontrol S4 for four years now on gigs ranging from Vegas to Miami. I’m a producer, they aren’t gonna tell me no!” – Joshua Skyy Kaupa

“Any DJ should be able to use pioneer CDJs as they are now the standard in clubs like 1210s used to be, I wouldn’t say people should be banned from using their own gear but can be a lot of messing around especially in a cramped DJ box if everyone is bringing their own laptops/controllers” – Paul Rimmer

So, what do you think? Come on over to this video where we ask Ministry of Sound the same question, then have your say in the comments underneath the video… 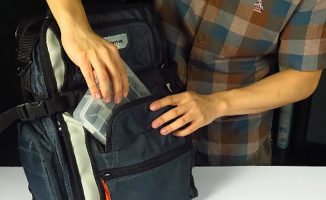 How To Make A DJ Emergency Pack