Someone just recounted a conversation to me they had last night with an older DJ friend from trendy seaside town Brighton, in England. This DJ was complaining that “there’s loads of talented DJs in Brighton, but they can’t get booked any more, because the bar owners have realised that they can pay a kid with a laptop £50 and get the same number of people in, so why pay a ‘name’ DJ £500?”

The implication to me was clearly that these “kids” are somehow to blame for the fact that “talented” DJs can no longer walk into highly paid gigs like they used to be able to “back in the day” It’s an attitude I hear a lot. And I think it’s wrong.

Why established DJs aren’t entitled to all the gigs

So here are my issues with this. Firstly, if these “talented” DJs don’t make a night any more successful than “kids with laptops”, why the hell should the veue owners pay more? What, exactly, are they getting for their extra money? Because it seems to me, if people don’t want to hear the expensive established DJs any more, then they’re no longer worth the fees that the feel they are entitled to.

Maybe the truth is that young, enthusiastic DJs (DJs who actually have friends who still go out regularly to bars and clubs) are actually the ones who are now able to “pull a crowd”, giving the people the excitement and enthusiasm they want from a night out, over the tired “establishment” DJs.

Secondly, and related, if moods and fashions and styles and sounds shift and DJs don’t shift with them, it’s a surefire recipe for obsolescence. If nobody wants to hear dubstep DJs, or trance DJs, or DJs playing minimal or tech or any other micro-genre of house, then those DJs better wise up and update their sound, or find somewhere in the world where their exact flavour of music is currently appreciated… because it sure won’t come to them!

Young DJs tend to be better at promoting than older DJs

Thirdly, and probably more painfully to say, we always advise people who can’t get booked to start their own nights, to start small, and to take it from there. Unfortunately, often older, more “talented” DJs struggle with this one too, because the truth is they persuade their friends to come out to a first night, get 50 people in a bar, but nobody comes the next week… basically, their friends don’t really like the music, and they have other responsibilities, and they only really came because they were coerced into doing so.

(The reason it’s sad to point this out is of course because the effort that goes into some of these “one hit wonder” nights is just as much as that which goes into those that do take off.)

So how do new, exciting, tiny scenes, events, and DJ booking sprout apparently out of nothing? Well, let’s say a few young music fans – people who are right on the pulse and frustrated that nobody’s playing the music they and their friends love – choose to do exactly what I always recommend, and persuade a bar or small venue to let them put on a night. They may even choose to play the music, too! While it’s still bloody hard work, sometimes they succeed: People come, it starts small but everyone loves it, everyone goes home, but they come back next week! What’s more, they bring their friends!

Soon, there’s a tiny little scene going, the venue owner is happy, the “new-to-all-of-this” DJs are getting paid a bit (but building loads of experience and already planning their next moves)… and that’s when, viewed from the outside, the older guys (like the guy who was talking to my friend last night) tend to complain that these young guys are “taking the jobs”.

But they’re not. They’re making the jobs. And what’s more, not only are they entitled to do what they’re doing, we absolutely encourage them to do so. Yeah, DJing is hard. Yeah, it does start at £50 a night. And yes, you have to work really hard to get past that. But we believe anyone can do it, with luck, enthusiasm and commitment… stuff these younger, enthusiastic DJs who are right at the start of their careers often have in droves.

But no, once you’ve made it, there definitely isn’t any entitlement to stay there! One day, these young DJs will also be getting a bit older, maybe a bit stuck in their ways, maybe used to being paid ten times their early fees, or whatever – and they may well also find another generation of DJs coming through, “taking their jobs”. And so the cycle repeats.

This isn’t about DJing, it’s about life…

But the point is: That’s life. Never mind new technology and changes in style and changes in what audiences want and all the rest: What is NOT happening here is that clueless, talentless push button DJs are forcing talented DJs out of public venues, to the detriment of DJing as a culture.

Whenever you hear and see this attitude, take a look at the people peddling it, because it often says more about them than it does about the DJs they are complaining about. And if you’re one of them, why not take a deep breath, then find a new niche, move to somewhere where what you do is appreciated, or at least try to see and accept things how they are – because they won’t change however much you moan about it, and neither should they.

Do you recognise that stuff keeps changing, and the winners stay up or get left behind – or do you think DJing really is dying, and that unless we can somehow get back to the days of fewer DJs and “higher” skill levels, it’ll all be dead and buried 20 years from now? Love to hear your thoughts in the comments! 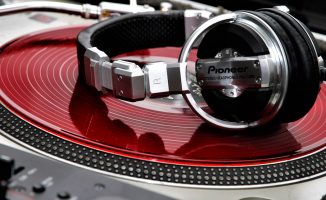 Over To You: A Quick Rant About Clueless DJs... 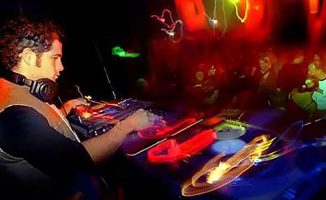 Getting DJ Bookings: How It Really Works