Last week we shared a story about how alcohol and substance abuse almost destroyed one particular DJ’s career and health. It got a huge reaction from DJs who admitted similar things from their own experience, and also from DJs who’ve always “played it straight”, or at least made the decision to do so at some point along the way.

However, of course there are DJs who argue that actually, getting into at least the same state as your audience is actually a good thing. Among such folk, four arguments seem to come up again and again. So in today’s post we’re going to blow some of these myths. Our view here at Digital DJ Tips is that while a bottle of beer or two to calm the nerves can help and won’t do much harm, if you really care about your DJing and yet truly do want to party, you should definitely save it until after the gig…

1. DJing when drunk / high makes you a superstar performer

There’s a fine line between connecting / vibing with your crowd and getting piss drunk / high and just saying f*ck it. While a few drinks could help get you in the swing of things, if you rely on booze to trigger your “DJ” persona, you could be headed for a train wreck down the line if you end up partying too hard at gigs. Drugs and booze could make you “feel” like a rockstar, but that doesn’t mean you are one.

Having a drink loosens you up for sure, but you can very well still be that kind of DJ even when you’re completely sober. It may take some getting used to, but you’ll learn how to do it with time and become more consistent with your performances as a result. Why rely on alcohol and drugs to turn you into a performer, when you already are one to begin with? You just have to be confident that you can do it all on your own.

2. DJing under the influence makes you a better crowd reader

Some will argue that they make better song choices and can “feel” their crowd better when they’re drunk or on a strong trip – basically they turn into the guy who isn’t afraid to take risky song selection choices in front of an audience. I’m not going to tell you whether that’s true or not (it’s relative, plus booze does make you braver to a certain extent), and you really may be able to get in a groove, but anything that you think you do well while you’re under the influence, I’m willing to bet that you can do just as good (or even better) when you’re sober because you’ve got full control over your faculties.

You just have to get used to the feeling, and it’ll be awkward at first, kind of like being the only sober person in a party. But who says you can’t let loose even if you aren’t smashed?

3. DJing isn’t fun without a drink

For many it’s a ton of fun getting knackered and spinning their favourite tunes in front of a crowd that’s just as mad for it as them. Plus, there’s the constant nagging fear of rejection by one’s peers, audience, and clients: won’t performing sober brand you as “the boring DJ”?

How many times have you been told never to go to a club or festival without getting a few drinks in? As such, it’s not unusual to feel that DJing sober is an incomplete experience: “It just feels less of a party when you’re spinning without booze. It feels like work.”

Newsflash: DJing is work! And if you’re absolutely smashed, you can’t do the best job that you’re capable of.

There’s nothing like DJing in front of a crowd who’s lost the plot while you’ve got your wits about you, taking in every little stimulus that your senses pick up. It’s a rush unlike any other, and it’s a physical high that’s something closer to sport or sex rather than a where’s-your-head-at fist-pumping frenzy (nothing wrong with that too).

Give it a go a couple of times, and see how that feels like for you. It’s different for everyone, and sure the experience may not be as mind-blowing as when you’ve had a few drinks in, but enjoying yourself without being under the influence is something you’ve got to experience too, especially if you hide your anxiety behind alcohol.

4. You’re a nervous wreck behind the decks without booze

Ah yes, anxiety. Chances are you’ll be nervous while DJing “straight” for the first few times if you’ve got used to drinking and DJing, but you’ll get over it. Playing your first couple of shows while not having booze as a safety net could send your anxiety through the roof, but you just have to deal with it for the time being: you’re basically edging yourself just outside your comfort zone, and you’ll get used to it in time.

What really helps when you’ve got the jitters is to work in some mini-sets in your DJing to help you get your confidence going. Don’t plan everything to a tee, of course, but even just starting your performance with a handful of songs that you’ve practised will set you off on the right foot.

A popular limiting belief about alcohol is that you can’t “be yourself” without a few drinks, but sometimes this is just a mask that we wear when we’re nervous to be in front of an audience. You’ve got to be at peace with who you really are without alcohol first, and that can be scary (“What if people say I’m not the same? What if it affects my bookings? What if I don’t get to work in this circuit any more?”).

You may surprise yourself when you realise that you’re the same person, that it’s just the inhibitions that alcohol dulls – that’s when you should work on naturally bringing out your character and persona while DJing. Get a feel for the crowd by actually looking at them intently instead of relying on your inebriated self to guide your song and mix decisions.

This also goes for social situations and anywhere you might feel anxious mingling with strangers or big crowds, and in this case alcohol really is a great social lubricant, but when it starts to become a crutch to enable you to socialise, that’s when it could lead to problems.

As DJs we’ve all got two responsibilities: to the crowd in front of us, and to ourselves. It’s our job to keep the party going, and to do that you’ve got to take care of yourself first. If you find yourself resorting to alcohol or substance abuse just to feel comfortable performing in front of an audience, take a long, hard look at yourself and your DJing: are you here for the music and to share it with people, or you’re just here to get wasted with your hands in the air?

Do you hold on to any limiting beliefs about DJing under the influence that you can’t let go? What’s the one top myth about booze and drugs while DJing that you want busted? Or do you think having a drink is essential to just having a good time while spinning? Share your thoughts below. 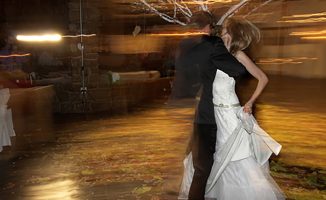