Melodics, the app that aims to teach you finger drumming, just released the Melodics Pad Controller app for iOS. It turns your iPhone or iPad into a grid pad that you can use with the Melodics app on your laptop, which is great news for users who don’t have a pad controller but own an iOS device. It’s also a convenient way to practice pad mashing on the go if you do have a grid controller / drum pad but don’t want to carry it around. You just connect your iPhone or iPad via USB and you’re all set. You can even use the Melodics Pad Controller app by itself because it comes with four different drum kits that you can mess around with.

We were given an exclusive first look at the app, and we like it: the pads are responsive, the app itself is light and runs smoothly (tested it on an iPad Mini 4 and iPhone 6 Plus), and it’s fun to use. Although we think a hardware pad controller or a drum pad is still ideal for tactile finger drumming, when you have neither the Melodics Pad Controller is the next best thing, especially when you’re on the move and want to sneak in a bit of practice. On-the-go finger drumming sessions make perfect sense: in fact, it’s not too hard to imagine that the Melodics team would eventually migrate the entire Melodics experience to mobile so you don’t even need to take a laptop along, and the Melodics Pad Controller app is just the first step towards that goal.

Check back for our review of the Melodics Pad Controller app soon, and have a look at our talkthrough video below.

• The Melodics Pad Controller app is now available as a free download from the App Store. Check the Melodics website for more details.

Are you a Melodics user? If not, what’s keeping you from trying it out and getting your finger drumming on? What are your thoughts on this app? Let us know below. 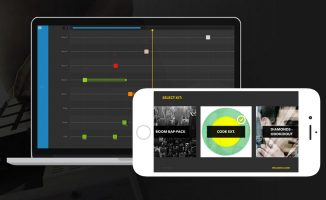 Drum On The Go With Melodics Controller's New Offline Mode 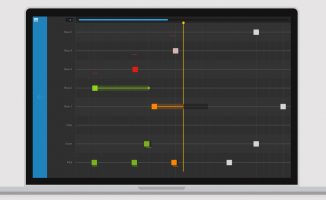 3 Reasons Why I Grew To Love This Finger Drumming App