Allen & Heath just announced the Xone:PX5 mixer, ahead of this week’s BPM|PRO DJ Show. It’s a four-channel mixer with three-band EQs, an onboard digital effects engine, and the Xone filter, which is an assignable filter that can be switched from among three modes: high pass, low pass, and band pass. It’s got an additional switchable mic / line input for hooking up a microphone or external gear, and has its own EQ and filter section. It also comes with a sound card onboard with USB connectivity, as well as Xone:Sync for hooking up other compatible Xone:K series controllers like the Xone:K2.

The Xone:PX5 was teased in Berlin a few months back. The onboard sound card means you can connect this to a laptop and have audio running out of it (no DJ software compatibility stated yet), and Midi jacks let you hook up other Midi-equipped gear like drum machines and synthesisers and have them all locked in to one tempo. If you’re an owner of a K-series controller like the Xone:K2, you can hook it up directly to the Xone:PX5 as well.

What do you think of this mixer? Does it entice you, or are you happier with a DJ controller? Would you prefer to use onboard effects like the ones found on the Xone:PX5 over those found on DJ software? Let us know your thoughts below. 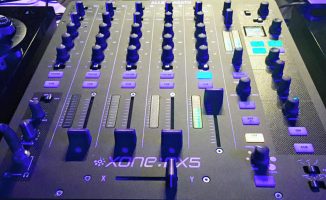 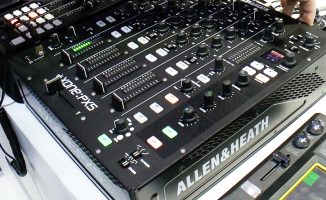 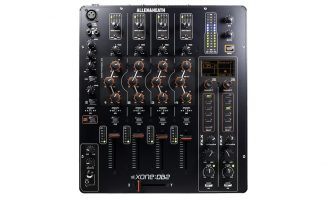