Digital DJ Tips reader Mike writes: “I’m fairly new to DJing, here on the east coast of the States. My question is, why aren’t DJs using IEMs? I understand the cost of IEMs is a little outrageous, but when you consider ambient noise cancelation and the ability to really separate hi/mid/lows for mixing on a three-driver (lows/mid-hi on a two driver) it seems to me that the cost is definitely worth it.

“I bought some Westone W30s, and the only downside so far is that you likely need to take one out for speaking into a mic, unless you have set up a good mix through a capable mixer.”

For those who aren’t down with the acronym, IEMs are “in ear monitors”, like those that are increasingly popular with musicians and singers. It’s an interesting question, and I think a lot of it comes down to what DJs actually use their headphones for.

Unless your mixer or set-up has split cue (where you can put the master output through one ear, and the cue output through the other), IEMs are going to be weird to use, because you’ll only really want one in a lot of the time, so the other ear can listen to your monitor speaker. That rules out using them mixing “traditionally” on most DJ controllers, which don’t have split cue.

To actually perform a beatmix, all you really need is to get a handle on the point in the song you’re at and something about the beat, so ultra-high fidelity isn’t hugely important (unlike with a singer, for instance, who needs to hear their own performance as well as possible). Normal DJ headphones are plenty good enough for this.

Anyway, with normal headphones, you can put them on “properly” instantly if you do want to audition a song a bit more immersively, otherwise, you can just as quickly monitor with one ear or indeed none (the “headphones around neck” stance is my favourite, I just don’t want headphones on unless I’m actually cueing or mixing). Again, for me, “normal” headphones win out here.

Finally, decent DJ headphones will be more durable, and if they do break, cheaper to replace than good IEMs.

But as ole’ Nobel Prize winner Bob Dylan once sang, “the times they are a-changin'”, and so I’d like to throw this over to you.

So, do you use IEMs for DJing, or know anyone who does? Have you tried it? What mixing technique did you adopt to be able to do so? Please share your experiences and thoughts in the comments. 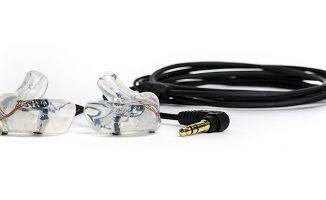 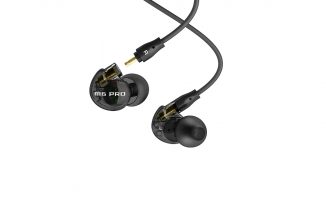 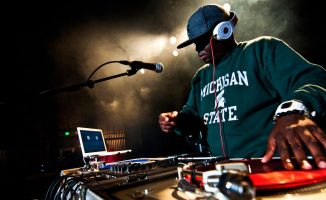