So we all know that one hi-fi buff, right? It could even be you. Someone who spends thousands on individual pieces of gear – valve amplifiers, hand-made turntables, custom A/D converters – and obsesses over the ultimate sound quality. Theirs is a hushed, solitary world of acoustically deadened rooms and secrets shared between man (it’s always a man) and record collection.

What a difference from the kind of audio you’d expect in your average nightclub, eh? Crappy (but loud) sound system banged into service night after night for months or years, with rarely a sniff of servicing, half the speakers blown or getting there, DJs pushing everything into the red habitually, tamed only by compressors turning the sound into an eardrum-challenging mush of muddy mids and booming bass. Exciting, tribal, charged places, for sure – but hardly the hangout of audiophiles. No wonder our ears ring when we leave them.

Well, no need to imagine, The audiophile club phenomenon, while not exactly sweeping the world, is certainly taking roots in London, England. One of several such names on the scene is a cafe/bar space called Spiritland in King’s Cross, where they’ve installed a seriously purist sound system, the idea being for people to get together to hear music played at the highest quality possible.

“[The Spiritland sound system] presents music in a clarity, definition and precision rarely heard, with valve amplification from Italian manufacturers Atelier du Triode, a unique rotary mixer from Isonoe, and a selection of audio sources.” says the venue’s website.

“With a musical programme that digs deep into the collections and musical inner lives of some of the world’s leading artists, producers and cultural figures, Spiritland puts the love and passion back into music. With nightly DJ sets, daily album playbacks, a series of talks, interviews, Q&As and even a regular quiz night, Spiritland is paradise for any lover of music, from the aficionado to the curious.”

Now, to some people, this may sound like hi-fi heaven, to others, hipster hell (a quiz?), but it is undeniably intriguing – if only because, presumably, those DJs are freed from the constraints of having to make people actually dance. (Look at the main pic again: I’ve never been there, so I can’t rule out the chance that maybe people dance on those tables, or that the tables may be moved out of the way in the evening – but somehow I doubt it.)

I for one adore the kinds of DJ sets where I can play what the hell I want (lounge bars, beach bars, sundowners), but I often hanker for really good sound quality in such venues, precisely because I find myself wondering how it would be playing some of my favourite tunes (the type you can’t really dance to) in public on a great system. Wouldn’t any DJ?

Of course, “proper” clubs with great sound do exist, although they’re much rarer than you may think, because great sound is something you have to work on, not just “set and forget”, and I rarely see enough care and attention paid to the audio quality, no matter who built or fitted the audio set-up. Those old enough to remember or learned enough to know will probably also be thinking of the late David Mancuso and his legendary audio obsession for his New York Loft parties.

But to me, there’s something else interesting about the idea, and it’s this: Going to a public place to listen to music, rather than to dance to it – especially when that music is recorded, played to you by a DJ, and through one of the best sound systems imaginable. As a DJ, I actually find myself finding the idea quite exciting.

I’m looking forward to popping in next time I’m in London to find out more.

Do you play a venue where you’re not expected or required to make people dance? Do you play a place where you’re truly proud of the audio quality? Are you a hi-fi buff with a kickass sound system hidden behind closed doors? Let us know your thoughts on any of this in the comments. 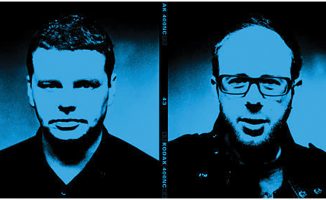