It’s that time of year, right? Gym memberships are up, people are having “dry Januaries”, and with gigs a bit thinner on the ground, us DJs find we’ve got a bit more time on our hands to think about how we can change our lives for the better – which let’s face it, in our profession usually means trying to get a bit more healthy.

The trouble is, the usual advice all seems so unrealistic (just ask your mum or your doctor what you should do and see what they say): “Get eight hours of sleep a night” (yeah, after working till 4am?). Don’t drink (hello?). “Avoid loud music” (sorry doc, do you even know what I do for a living?). “Keep your stress levels nice and low” (ever had to deal with the fifteenth Beyonce request and a half empty dancefloor?). And “eat healthily” (what, when you’re in a rush and on the go?).

You get my point. Our profession can be a bloody unhealthy one. But there is a solution – and it involves a simple dose of realism, and taking a few baby steps in the right direction.

You see, when you make small changes and stick to them, they become habits. From that new, slightly improved standpoint, you can make more small changes later, and so on. Over time, you are going in the lifestyle direction you want to go in… while still enjoying your DJing and music, and still having fun sometimes.

Let me show you what I mean. We’ll look at the five things your mum or doctor might say from that list above, and I’ll give you simple ways to move towards them, without completely changing everything about yourself overnight. ‘Cos that just doesn’t work. And these do. I know. I’ve done ’em all.

That’s it. When you sleep, make sure your room is totally dark. No glowing LEDs, no light bleeding under the door, no thin, rubbish curtains, no falling asleep with the telly or bedside light on. Pitch dark.

Sleep is ridiculously important (scientists are increasingly linking it to the ability to function properly at all, never mind to be better at what we do), but as DJs, we often have to sleep in the day, or in rooms that aren’t ours.

But if you insist on darkness in hotels or anywhere else you need to sleep, you’re much more likely to sleep properly. Bonus points for carrying around a travel eye cover for a bit of dark shut-eye on planes or buses…

Easier than: Getting eight hours of sleep a night

2. Take 48 hours off the booze each week

Not drinking is a valiant aim. It’s also totally unrealistic for most people, especially in the profession we operate in (if you’re one of those who’s managed it – and I’m not saying it’s impossible, we have two in our team here at Digital DJ Tips – well done), but for everyone else, you probably don’t want to stop, or don’t feel you need to. Fine.

But you also know that drinking affects your health (and your sleep – am I right?). So stop for just two days, one after the other, every week. Studies show that this gives your body a multitude of recovery benefits, and if you can stick to it (and if you can’t, at least it’ll show you that maybe you do actually have an issue to deal with), you’ll reap those benefits.

Easier than: Giving up drinking

As soon as you have any type of ear issues (and if you’re a DJ, it’s not a case of if, but when), you’re going to be told to avoid loud music. It’s good advice – but it’s also utterly unrealistic.

That said, tinnitus isn’t fun (again, two team members here can confirm that). So what to do? Our advice is to wear earplugs. Not the rubbish foam ones you buy in chemists, but earplugs designed for musicians, that reduce the overall volume of the music while still letting a bit of everything through.

It’s like turning the volume down in your ears rather than simply muffling everything. And with a bit of getting used to them, musician’s earplugs do work! (If you really can’t DJ with them in – and some can’t – then wear them at all other times when you’re in a club environment, taking them out for your actual DJ sets only, carefully watching the monitor volume to ensure that you don’t push it too high.)

4. Spend a minute breathing slowly a couple of times a day

Hear me out – I’m not going all hippy on you here, I’m not going to ask you to convert to buddhism or go on a meditation retreat. But stress is a real issue, and we have a stressful occupation (requests, empty dancefloors, not getting paid, being freelance, worrying about our kit failing…).

It’s an issue because when we’re stressed, we’re in “fight or flight” mode. Creativity – what gets us noticed, what furthers our careers, what ultimately gets us paid – does not like fight or flight mode, not at all. Our brains, basically, shut our creativity down entirely in these situations (cavemen didn’t need to come up with great poetry when running from lions).

So we need a way of de-stressing in order to do the best job. And deep, slow breathing is a simple and effective step in the right direction, proven to de-stress us (it’s no coincidence that Apple has added it to its Health apps recently). Bonus marks if you can concentrate on each breath going in and out, bringing your mind back gently to that thought when it drifts – that’s basically what meditating is. (See? Nothing hippy here at all…) So when you feel stressed, get into the habit of doing this – things never seem as bad 60 seconds later.

5. Prepare your own food whenever you can

Our profession, our friends, our lifestyles… they all, in my experience of DJs, lead to takeaway food, more than for most people. And while that’s all well and good every now and then, honestly, takeaways are the crack cocaine of the food world. They’re designed to make you want more, and quickly.

Those people who run those establishments really don’t care about your well-being. You should. And a great way to do that is to buy ingredients that your great grandmother would recognise, and cook with them.

Yeah, it may take some effort at first, but come up with seven simple things you can cook, and that’s a repeatable week of meals, right there. And while you might still be cooking things that aren’t exactly 100% healthy, that’s fine. Trust me, it’ll be much better than takeaway, whatever it is, and you’ll be mindful of what you’re eating – while at the same time avoiding all kinds of stuff that you really don’t want to be eating. (By the way, you don’t have to take it this far…)

Now honestly, I’m the last person to be a killjoy, but I’ve been a club DJ since 1992 and I’ve learned a few things about this stuff – and seen too many times what happens when it goes wrong. They say you are what you’ve done, which in the case of many DJs (and clubbers, and party people) might literally mean an awful lot of things that aren’t exactly ideal. Word.

Yet for me, and for most serious DJs who I know, partying was always temporary, but we always knew the music would be forever. The music was our calling. If you’re the same, don’t you owe it to yourself to ensure you can take your sharing of music to its full potential? While it’s easy (especially at the start of your DJing or music production career) to think you can’t be in the music industry without partying, in fact the opposite is true. It’s harder to stay in it if you don’t get these things right, – and it’s better to make changes sooner rather than later.

All that said, it’s equally easy to fall into old habits and easy temptations despite good intentions, and to do that repeatedly. That’s why committing to simple habits that you can work to maintain is always going to be better than just trying to change everything about yourself overnight.

And the best bit? You don’t even have to do all of it! Pick one, make it stick, and see the benefits – then come back and pick another.

What have you committed to to make your lifestyle as a DJ healthier in 2017? If you’ve been in this game for a while, what has helped you the most – or what mistakes have you made that you learned from? Please share your thoughts and experiences in the comments… 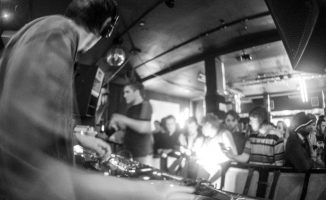 Over To You: Is DJing Harming Your Health? 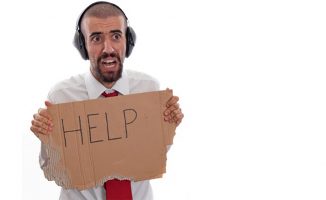