Do you want me to tell you what makes a client pay you what you’re worth as a mobile DJ? What it is that means that some DJs can charge hundreds or thousands for gigs, while others seem to splutter and fail at the price part of the conversation, and always feel they’re not being paid what they’re worth?

Of course, reputation, and networking, and who you know, and what you’ve charged previously, and how much kit you own, and how long the gig is for, and whether it’s a wedding or not, and the competition in your town, and a thousand things all affect your ability to charge decent prices… but assuming those things are exactly the same, what is it that separates mobile DJs who charge well from those scraping around at the bottom?

The answer is something called “perceived value”, and once you get this and start weaving it into the way you speak to potential DJ clients, you will be able to charge more – it’s that simple.

Note that I said simple; not easy. This is a difficult thing to sell, mainly because we have to sometimes teach the client what it is first, before we can show them we have it. What’s more, it doesn’t always work. But if you don’t do this, you’ll never get what you potentially could.. for any gig.

How to pitch your services to command higher prices

So let’s dig a little deeper. When a client asks “what do you charge?”, they already have an idea in mind of what it is they’ll be buying. Whether that idea is correct or incorrect, no matter – in their mind, it’s correct.

The same as if they want to buy a can of drink… they have a clear idea of the taste, the temperature, and type of refreshment they will get from it. So it follows that they also have an idea of what it is worth to them, meaning they will be willing to pay an amount they believe will get them that product.

If you told them the soda was $100, they would think you were an idiot because the perceived value isn’t as high as that (and it is priced better at the store next door). So how do we let customers know that our soda can is special, made of better ingredients, gives them super powers, will stay in their mind forever as a high point, and so on?

We have to start by putting ourselves in their shoes. We have to imagine ourselves as an uneducated customer. So let’s start with the expectation that the perceived value of a DJ in the public market is “audible music for people to dance to”, then maybe some non-specific “flashy lights” on top.

(Any particular client may know a little more, but we can adjust up better than backtrack down, so let’s start there.)

Our job is to change that idea and properly educate them what the real, higher value is… and then show them that we’ve got what it takes to deliver that higher value. For instance, we could…

There’s nothing new here, yet it is uncommon among DJs pitching for work, and the fact that so many DJs overlook it is a major reason why they are paid less than they feel they’re worth. Unless what you’re buying is a “commodity” (that is to say, it is exactly the same wherever you buy it – like our proverbial can of soda), then you will always command higher prices by effectively explaining what exactly it is that you offer, what your options are… and only then talking price.

Do you use this tecnique or a variation of it in your pitching? What is it that separates what you do from your competition, and allows you to confidently ask for more money? Let us know in the comments…

Michael Gerth is a DJ, who runs his own event DJing business out of Chicago, USA. 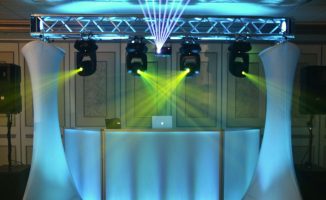 How To Charge Higher Fees For Your Mobile DJ Gigs