This is our traditional roundup post of the assortment of products and experiences from Musikmesse 2017 that haven’t yet been featured on the site. As last year, the show was pretty quiet on the DJ front (even more so). Nevertheless, attending the show has as ever given us a good feel for what is currently going on in the industry so we can pass it on to you.

Best of the rest

The Stanton STR8.150 is often vaunted as a solid alternative to the legendary Technics SL-1200. Predominantly of interest to turntablists, favouring its straight tonearm over the more conventional “S-shape” version (found on the ST8.150) for its superior tracking ability, the release of the M2 is an interesting development. We were impressed by the lightning-quick startup and stop speeds and Stanton says the units have had a complete recraft, now being manufactured out of aluminium to make them lighter.

If you weren’t already aware, gaffer tape is used to tightly secure cables to a surface, usually from the mixer to the speakers across the dancefloor – especially useful to stop kids going flying over your equipment when a game of musical chairs gets a bit too intense! This gaffer tape is marvellously done in the classic Haçienda black and yellow stripe, brilliant.

We stumbled across this unusually designed loudspeaker and were given a detailed run down of how it works by the Tectonic Audio Labs’ rep. Using “panel resonance”, instead of the traditional speaker technology, the company claims to have created a product that will turn the loudspeaker business on its head. Aside from its “flatscreen” shape, the rep said that surface reflections are significantly reduced, making the speakers ideal to be used in theatres and cathedrals. Unfortunately, we weren’t able to hear them in action this time.

The picture speaks for itself, we were quite surprised that no-one had thought of this before as it seems such an obvious solution to an age-old problem. The pods were pumped up with a constant flow of compressed air. As we were still discussing this great way of solving the rain / electronics dilemma, we came across another company’s take on the issue…

These lights have been coated with a water-repellent finish, the same stuff that is becoming increasingly popular with smartphone manufacturers. It made for a spectacular way to show off their durability, boding well for them in the real world no matter what Mother Nature might throw at them.

These active monitors are perfect for the bedroom or a small studio and are especially popular with beginners due to their striking design and punchy output for their price. However, in these special edition ones, the company has dropped the famous yellow cones, in favour of jet black; a controversial move? Perhaps even more edgy is the chrome finish on the front plate.

While mini mixers aren’t entirely original concepts and are something that we have covered in the past, they are still pretty nifty gizmos. The first enables you to mix between two sources via Aux and has a kill switch for the bass of each channel. The second is only a prototype at the moment and it allows you to pair your phone or tablet to the mini mixer and control the DJ software via Bluetooth. This version also has two filter knobs for each channel, facilitating smoother transitions. You can check out our previous Tuna Knobs review here.

As we said at the start, pretty quiet really. The “buzz” was all around Denon DJ: the company was really capturing the imagination at this year’s show with its demos of the upcoming SC5000 Prime media player. There was a constant buzz around it from other DJs and show participants, with the majority heralding the player as a serious competitor to Pioneer DJ’s premium CDJ line. Exciting stuff!

Did we miss anything at Musikmesse this year? Enjoyed our coverage of the show? Got anything to say about any of this year’s “best of the rest”? Let us know in the comments… 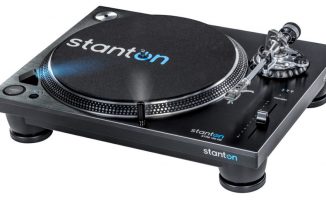 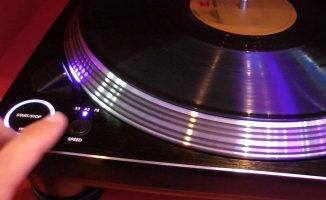