So, as usual you spent a couple of hours this week digging for some gems to play at your next gig. Fast forward to the club, you’re behind the decks and one of the new tracks you found is going down a treat. Mid-way through the record, someone comes over and asks you for the track ID. What do you do?

Whether or not you should keep track IDs a secret has long been a contentious issue for DJs. Here, we take a look at why you should think about giving out track IDs when asked…

1. Why stifle a producer’s exposure?

It’s not fair to play someone else’s tracks and withhold information about the artist when asked. Producers work hard to make the tracks that you use to rock the dancefloor. Surely their work deserves wide recognition?

Producers need DJs to share their music with the audience, not tease them with it. DJs who refuse to give out the names of producers are stifling their progress. It is also worth pointing out that if you are DJing with other people’s tracks, in some circumstances you don’t own the right to be playing those tracks in public anyway.

If a producer directly gave you a track to test out, there might not be an ID to share but you can always let people know that its unreleased and to look out for “Producer X”. If it is a signed track but hasn’t yet been announced by the label, it does no harm to mention where they might find it in the future.

2. A DJ’s job is to share music with an audience

Let’s not forget that as DJs, our job is to find and share quality music with our audience. Music is made to be heard, and hoarding tracks doesn’t do anybody any good. Don’t forget, we all started somewhere; there is a very good chance that you will have heard a lot of the tracks in your library from another DJ.

Now, some might say that they don’t want to be bothered when they are DJing and that is fair enough. On the other hand, if someone comes up to you after your set and starts asking you for the track that goes: “dum tadum bum, with that little chopped vocal sample”, what are you going to say? This opens up the question of when and how is it OK to ask DJs for track IDs.

I saw Dubfire once and he had a live Twitter feed sharing the tracks as he played them in his set (Richie Hawtin also used to do something similar in his performances). This is an excellent way to share tunes and keep focus on your performance. The next day, I loaded up my computer for some digital digging and learned about various artists and labels I would never have heard of otherwise.

3. Imitation is the best form of flattery

You might think that a DJ asking you for a track ID just wants to nick your tunes and steal your thunder. Unfortunately, that might well be the case, but while they might be able to copy your track selection, can they copy your style and programming skills?

One of the best indicators that you are performing well is another DJ coming to you with praise and asking what on earth that track was. Instead of seeing them as a threat, be happy that your musical taste and track selection is well received. You have worked hard to get to this point.

If you give them the ID, there is a good chance that they will tell their mates that they got this “sick track” from you. That does you absolutely no harm at all. It’s always better to think the best of people and in any case, it never hurts to help a fellow DJ out.

4. Back yourself to stay ahead of the curve

Lots of DJs who choose to withhold track IDs say: “I put a lot of effort into finding my tracks so why can’t others do the same?” This is a valid point, but if you keep on digging, you are always going to have a fresh batch of bangers in your arsenal. If you stop, you may find yourself dead in the water as more persistent DJs get ahead of you.

These days, it’s easier than ever to dig for tracks. With the internet at your fingertips, you don’t have to schlepp down to the record shop on the other side of town and spend all day crouching down listening to record after record. Pretty much everything is available in digital format so you don’t need to rely on rare white label vinyl records either.

If asked nicely, it isn’t going to do you any harm to share the fruits of your labour. If you work so hard at finding new tracks, you will always be one step ahead anyway. Giving away the IDs of some of your secret weapons to other DJs can be a good way to keep you on your toes. The added bonus to this is that you can actually get to dance to them if you are there when they are DJing!

How I learnt to deal with track ID requests

Even before I started DJing, I was always asking DJs for track IDs. They always gave me the IDs, I went home and downloaded the tracks and I was a happy bunny. Until one time, the DJ said he wouldn’t give me the track. He just said “Freerange” and that was that.

Luckily, I heard him properly and noted it down on my phone. The next day, I searched and realised that he was telling me to look for “Freerange Records”. After a few hours of listening to their back catalogue, I finally stumbled across the track I was looking for. At first, I was cursing him for making me waste so much time looking for the track. Then it dawned on me that I had found a stack of quality tracks and new artists featured on that label.

When I looked back through my library, I saw that on almost all the other times I had been given the IDs, I had rarely bothered to check out the label or more tracks by the artist. This DJ really helped me out and taught me a valuable lesson at the same time. This stuck with me when I started to DJ myself.

Whenever I have been asked for a track ID, I have always done the same thing. If they really want the ID, they will still have to dig for it. It also gives ample exposure to labels and consequently, other talented producers too. In this situation, if they are dedicated enough, everyone wins.

Other DJs should never be seen as a threat, but as healthy competition and potential partners. Just as the best companies rise to the top regardless, there’s always room at the top for good DJs. It doesn’t matter if people have the same tracks as you, it’s how you play them that counts.

It does still need to be said that sharing track IDs remains the prerogative of the respective DJ. If they don’t want to give out IDs or put up a tracklist, that’s their call. Only we think that giving always comes back to the giver.

Do you give out track IDs? Have you ever refused someone a track ID? What was your reasoning? Let us know in the comments below… 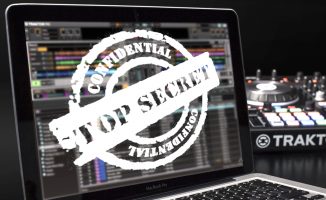 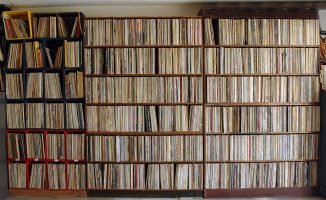 Your Questions: Can I Have Your Whole Tunes List Please?