I DJed to a packed club last night. It was past midnight, the crowd was getting rowdy, and the floor was ready to pop. I was the guest headliner, and people turned up eager to dance to my music.

I was told ahead of time that the DJ booth didn’t have space for a DJ controller (I always DJ with my Pioneer DJ DDJ-RZ), but I agreed anyway since the club had a pair of XDJ-1000s. I used to own a pair of XDJ-1000s and had gigged with them before, so I was quite familiar with them.

I arrived early to set up, and it was fairly straightforward – everything worked, so I left my laptop in the booth. There was another DJ before me, and I wanted to go around so I could get a feel for the crowd like I always do.

When it was my turn, I was totally confident because I’d done all my preparations, scouted the dancefloor, and had several tune ideas in mind that would take the party to another level. I fired up my laptop and started loading a track on the left XDJ, until something happened: it wasn’t being recognised at all! I tried restarting, unplugging and plugging the unresponsive XDJ, replacing its USB cable, even (gasp!) updating the software, but no dice.

The crowd was getting impatient, and I had to act fast. Sweating bullets, I fumbled around in my pocket trying to get my phone out until I felt something else: I had a thumb drive!

I’ve always taken along my laptop and controller to gigs, and never brought USB thumb drives, but today I serendipitously had one. The gods of clubland were smiling down on me. I plugged in the thumb drive, exported my playlists for the night from Rekordbox, and got to business and rocked the party as if no technical mishap had taken place.

My mistake was trusting all would go well – good thing I had a thumb drive with me! Here are some thumb drive tips to help you out when your laptop just won’t work at a gig…

So taking a thumb drive along is a great idea – but if you’ve read this thinking “I’m going to do that from now on!”, here are a few tips so that should this happen to you, you’ll be ready.

No matter how sure you are about the gear you’re using, if you’re a digital DJ, always pack a thumb drive – it can save you from freaking out onstage and heading home with your tail between your legs. Though I got on without a hitch, I will say that DJing with XDJs (and CDJs for that matter) felt like a step back for me; but that’s something for another article entirely…

Have any booth horror stories to share? When was the last time you had problems with your laptop in the DJ box? Do you prefer the simplicity of DJing with thumb drives, or do you enjoy the flexibility of laptop DJing? Share your thoughts below. 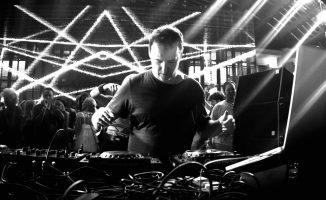 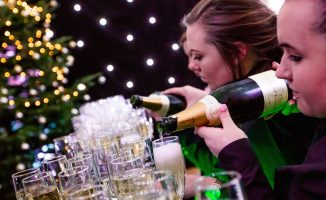 The Stupid Mistake That Nearly Ruined My Weekend Gig