Digital DJ Tips Platinum Group member Brent asks: “I came across a question online asking what would you mix with A-ha’s ‘Take On Me’? I said that I would follow up with something cheesy like Rick Astley’s classic ‘Never Gonna Give You Up’ and was told that it wouldn’t be possible.

“I explained that I would echo out of ‘Take On Me’, do a little MCing about being ‘Rick Rolled’ (which kids today seem to find funny) and drop it in on the one. I was then told that this is not mixing and that only ‘beatmatching’ is mixing.

“To me, mixing is transitioning from song to song and there are many different ways to do so including beat matching. I am really interested in your thoughts on the concept of what ‘mixing’ is.”

Great question, Brent and one for the ages! At the end of the day, you should always do what works for your audience. What you were told here is nonsense but it is something that I also thought at one time. As you said, there are loads of different ways to transition from track to track without beatmixing. If anything, your creativity should be applauded as not many would attempt to mix those tracks that way.

It does of course depend somewhat on the type of gig and genre of music that you are playing. If you are playing a four-hour deep tech set in a club to discerning ears then more than likely there is an expectation that you will beatmix and seamlessly transition from track to track. On the other hand, if you are playing an open format gig – a wedding for example – you are going to have some headaches trying to beatmix each track.

It goes without saying that practically every track can be beatmixed, a skill which is extensively covered in our Power Mixing Skills course. However, even when two tracks are beatmixed perfectly, a clash of musical styles can make the transition sound awful. Sometimes, it’s better to just mix “end to end”. Again, it’s dependent on musical style and the effect that you want to create.

At a gig I played last week, I wanted to switch from moody house to chillout for the last 20 minutes. I knew it wouldn’t sound at all good beatmixing them, so I just faded in the floaty intro over the outgoing track. I knew when the track was going to kick in and even though the BPM dropped by 30, that little bit of effect probably got the best reaction of the night.

In the end, as long as you know that your tunes and your track selection are spot on, it doesn’t matter how you transition. What matters most is that the transition doesn’t grate any ears and there is some kind of logical progression to your set. Yes, beatmixing is an important aspect of DJing but it is one of many. It’s just a technique, a single tool in the box.

What do you think “mixing” is? What would you advise Brent to do? Have you ever had a similar situation where someone told you that you aren’t DJing properly? Let us know in the comments below… 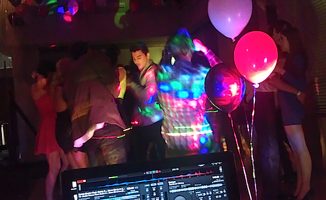 Over To You: How To Mix A Multi-Genre Party Set 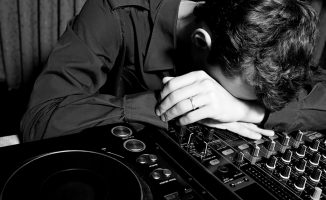 Your Questions: Why Are My Sets Putting People To Sleep?

Your Questions: How Should I Mix Trap For A Frat Party?