2017 has been a lovely year for digital DJing. Even though we didn’t see this year’s show floors packed with life-changing, earth-shatteringly new DJ technology, there still are many great developments in the digital DJ world to be grateful for. Out of all of them, here are our top picks… 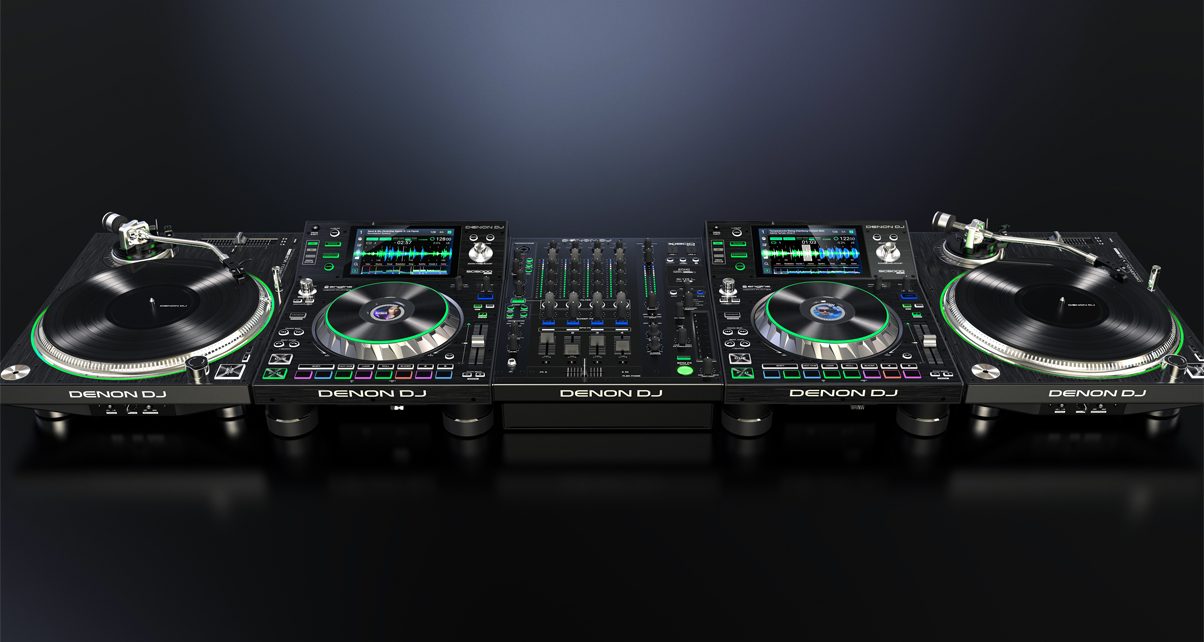 The biggest news of 2017 didn’t come from Pioneer DJ – it came from its biggest rival Denon DJ. Ever since being a part of the inMusic group of companies (others include Numark, M-Audio, and Akai Pro), Denon DJ has been punching above its weight, delivering solid hits like the MCX8000 and MC7000 controllers. But it threw a potential knockout blow this year when it unveiled its Denon DJ Prime Series: a one-two punch that consists of the SC5000 Prime media player and the X1800 Prime mixer.

It’s already received rave reviews from both club DJs and festival headliners, and the just-announced Rekordbox import capability just makes using the Prime kit a bit more frictionless. It’s too early to tell whether the Prime Series will take over DJ booths where Pioneer DJ’s CDJ/DJM reign supreme, but it’s always good to have a strong contender because it’s us DJs who will benefit from improvements and innovation brought about by competition in the club space. 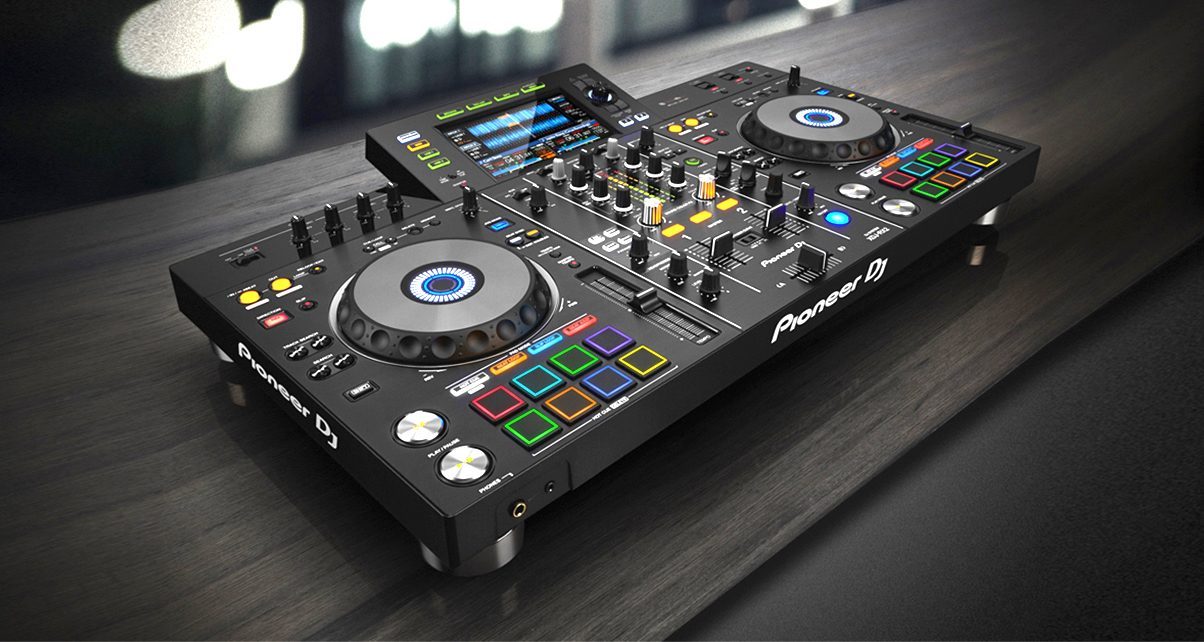 Apart from club gear, we also saw a lot of top-shelf controllers make their debut this year. Leading the pack is Pioneer DJ’s new all-in-one XDJ-RX2 system, which we speculated on a few months prior to its release (we got most of it right). The Numark NS6II also finally started shipping just a few weeks back, and was highly anticipated by the Serato faithful by as early as March this year when Numark made the announcement.

A pleasant surprise came in the form of the Reloop Touch for Virtual DJ 8 which was quietly announced right before BPM|Pro 2017. It’s the only DJ controller that’s got a touchscreen onboard capable of displaying up to four virtual decks from within Virtual DJ 8, and it’s nice to see Reloop add a high-end device to its controller roster. 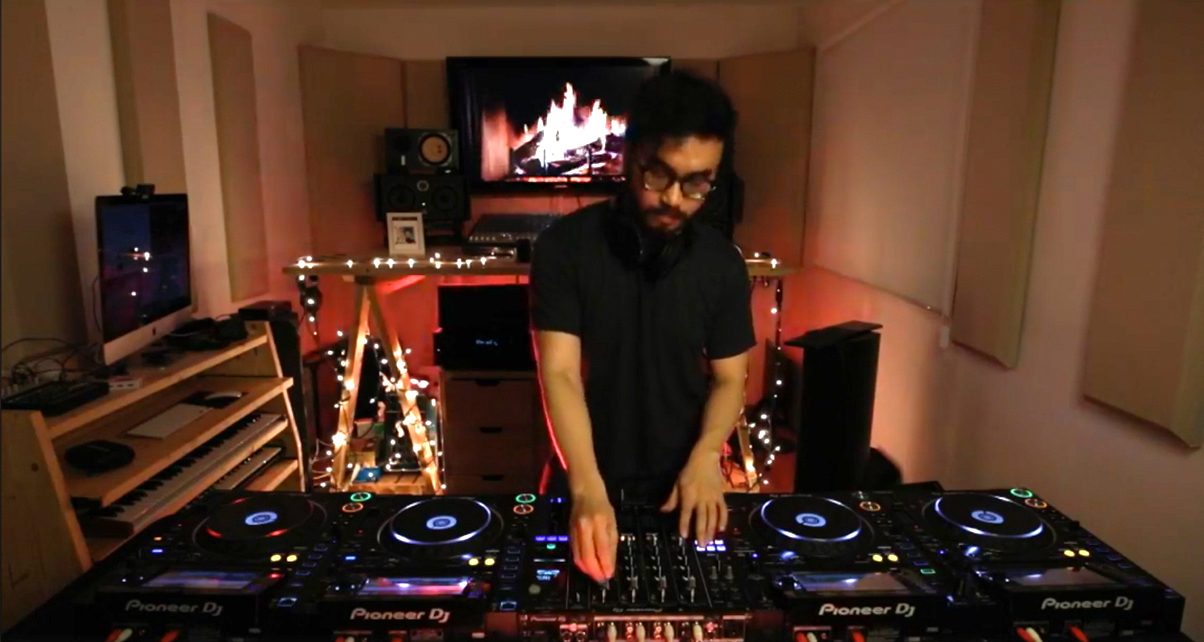 Streamed DJ sets used to be the exclusive domain of brands like Boiler Room and Mixmag, but the ever-growing adoption of video as a major content platform has seen bedroom DJs stream their DJ sets to viewers around the world. This isn’t anything new, as sites like Chew.TV, Ustream and Twitch have been around for years now, but with sites like Facebook, Instagram and YouTube adding live streaming capability, it’s certainly getting closer to that tipping point where we might just see live streamed sets become as integral as a mixtape as far as raising one’s DJ profile goes.

Though there still are some hazy rules when it comes to streaming DJ sets (Facebook is notorious for cutting sets short, for instance), it is the way forward for DJs who would like to have a potentially global reach but don’t live in a hotbed for dance music.

4. Automated lighting is ready to shine 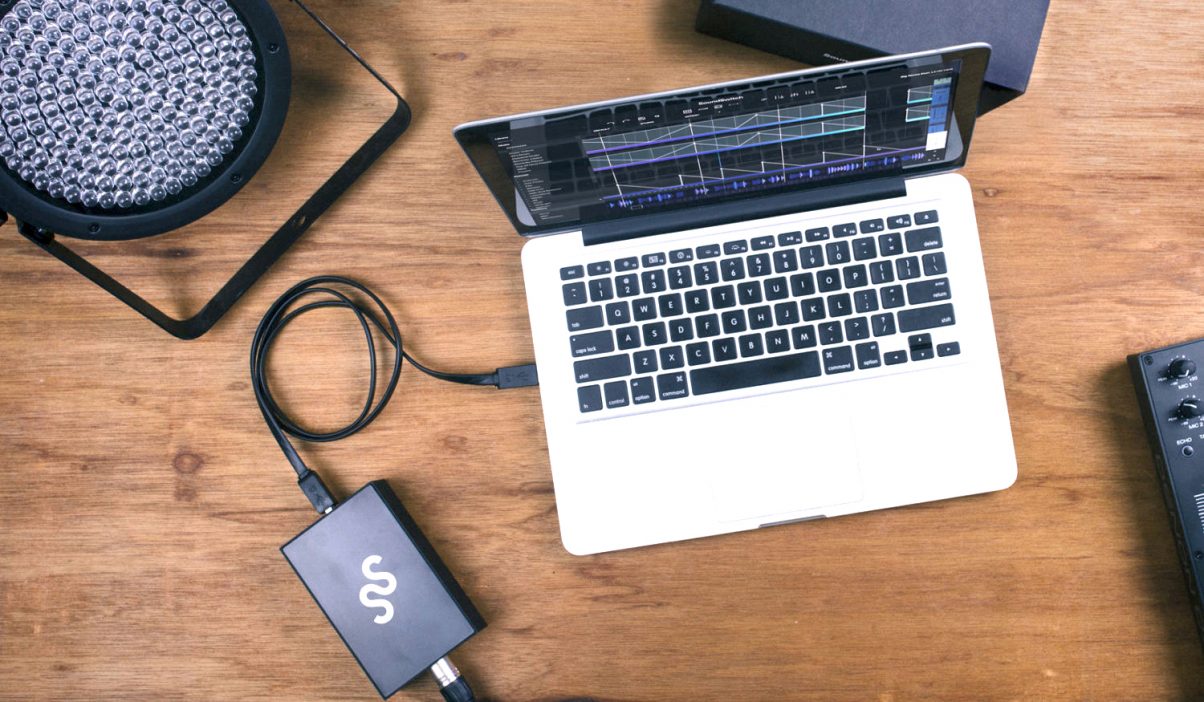 Like a lot of industries, the next big thing for DJ lighting is likely to be automation. Last year, the hardware / software package SoundSwitch was released – it allowed Serato DJ users to create custom light shows by embedding lighting commands within songs using the SoundSwitch software. It’s a bright spot in the traditionally slow-to-innovate world of DJ lighting, though it has yet to catch on. That could change in the coming years thanks to the just-announced compatibility of SoundSwitch with Virtual DJ 8, which opens the floodgates of automated lighting to its legion of mobile DJs, a huge chunk of which have their own lighting rigs.

Pioneer DJ has also thrown its hat into the automated lighting ring by partnering with TC Supply and co-developing its ShowKontrol software. It reads data from CDJs and translates them into lighting effects and commands. Since most clubs at the moment have CDJs installed, that brings ShowKontrol compatibility to thousands of DJ booths the world over – of course, buying and integrating the software into the existing club light set-up is another thing (ShowKontrol is pricey), but it’s there for clubs that have the budget and want to set themselves apart.

Denon DJ launched something similar in 2016: it’s called Stage LinQ, and it’s meant to work with lighting fixtures from Marq Lighting. At the moment, the only gear compatible with it is the MCX8000 controller.

5. More blurring between the DJ studio and stage 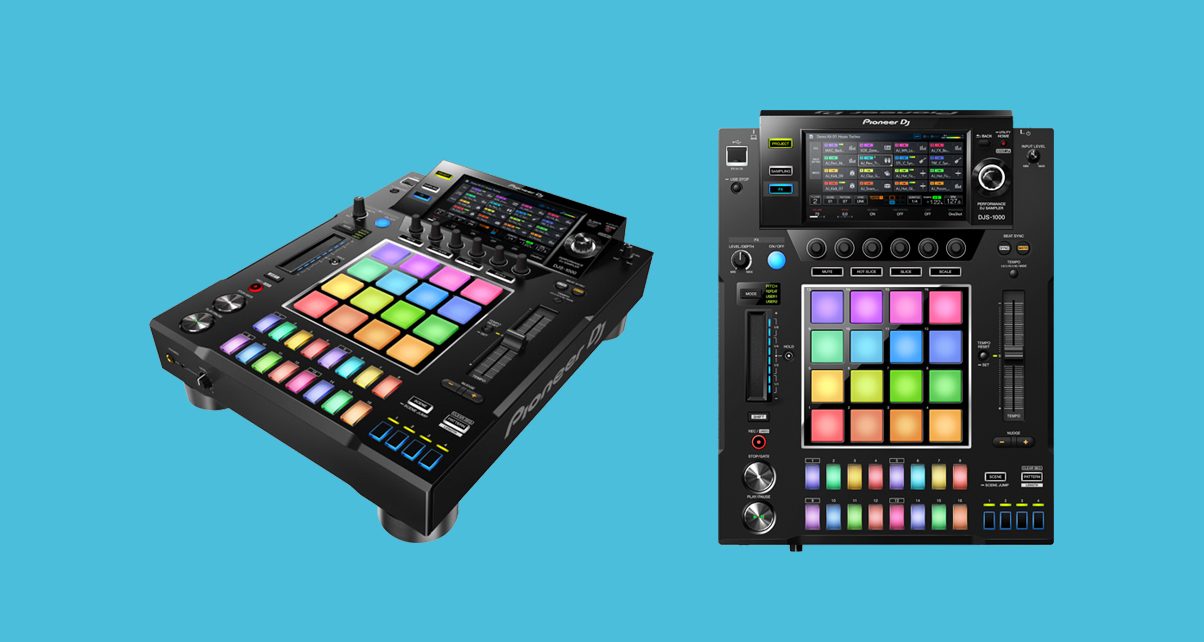 Since the DJ controller industry has hit a point of maturity (ie there aren’t as many new pieces of kit coming out), manufacturers continue to look beyond the “two decks and a mixer” ethos to bring more innovation to the table. Studio production is a natural space to take ideas from, and we’ve seen Roland push out its DJ-505 controller. It melds traditional digital DJing with hardware step sequencer controls and vocal effects at a more affordable price compared to the flagship DJ-808.

Taking this one step further would be Pioneer DJ – it just released the DJS-1000 performance sampler which has the form factor of a CDJ, but is actually a device for playing back loops, one shots, and sampling audio. The Toraiz SP-16 released a few years back is a nice studio tool, but fitting it in DJ booths is a chore. The DJS-1000 wants to address that issue, hence the CDJ shape. 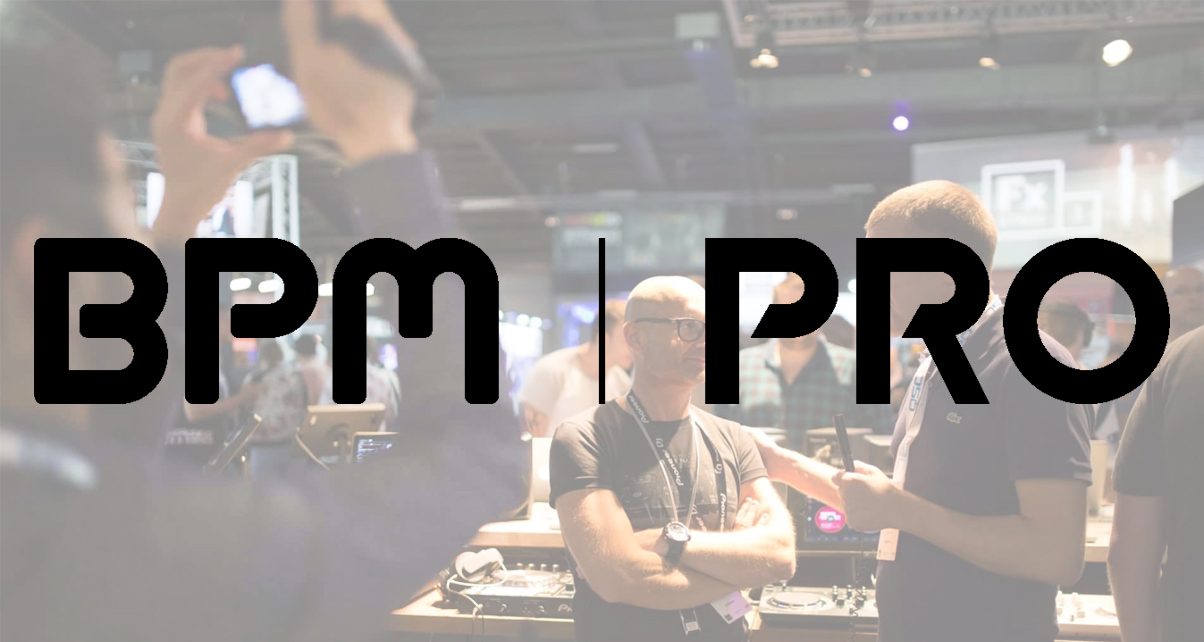 The BPM|Pro team made a surprise announcement that this year’s event would be its last, with the show splitting up into four smaller events that target specific niches of the pro audio industry: Gig, Worship, Club, and Live. We can’t help but feel sad, not only because BPM | Pro has consistently been one of the most enjoyable shows we’ve attended, but also because it was the first event our founder Phil Morse attended back when Digital DJ Tips was a but a blip on the interwebs.

The organisers have gone out on a high note as this year’s BPM | Pro was exceptional, and we wish them the best of luck in their newly refocused efforts in the coming years.

7. Robots have not replaced human DJs… yet 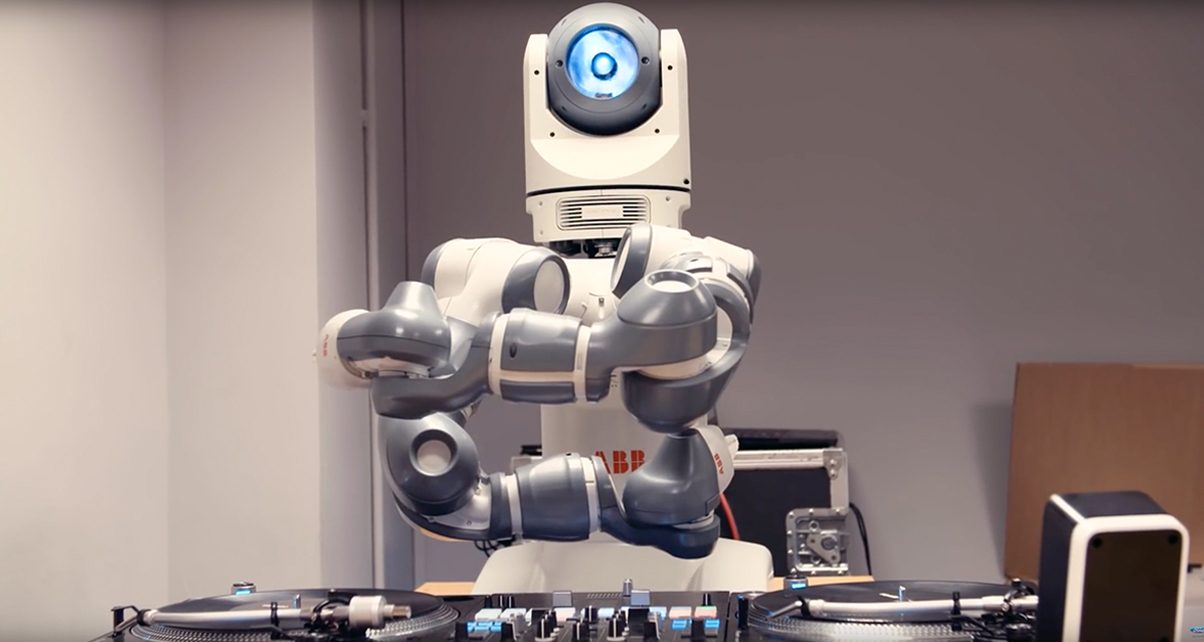 All this talk about artificial intelligence, neural networks, and machines taking over people’s jobs have certainly piqued human ears, and while gun-toting robots running at 100MPH may still be the stuff of Asimovian science fiction, we’re starting to see how man-made intelligence is already capable of doing human things.

Some are even better at some things than the best that the human race has to offer: Google’s AlphaGO artificial intelligence has beaten the world’s best Go player, and it remains undefeated. AI can even influence our decision making – you don’t need to look farther than the recent US presidential elections to see how algorithms and spam bots have skewed perspectives on both sides of the political race.

While AI has made its way into the DJ world via in-app song suggestions, automixing and cloud-based playlists, a DJ imbued with pure artificial intelligence and human hands has yet to be created, and I have yet to come across someone who enjoyed a DJ set mixed by software more than one performed by a living, breathing human. Whew… so far, so good!

Another year’s come and gone, and looking back we remain in grateful for all that’s taken place in the digital DJ space, and we are hopeful that next year will be an even better one. We maintain an attitude of gratitude here at Digital DJ Tips, because no matter what happens, it’s always important to look for the positive and to be grateful for something.

We’ve made massive strides as a company this year, but more than that, we’re most thankful for you, our readers, whether you’re new to the site or you’ve been on this crazy ride since day one. We’ve got big things planned for next year, and we would love to have you as part of our ongoing journey.

What do you think were the high points of digital DJing this year? Any personal DJ highlights you’d want to share with us? Do so below.