In this week’s Friday Five, we’re leading with a piece from Decoded Magazine that explores why taking selfies and videos at clubs is causing a disconnect between the DJ and the crowd. We’ve also got pieces from Soundfly, The New York Times, Coindesk and Timeline. Have a great weekend ahead!

Comment on any of the articles above in the section below. 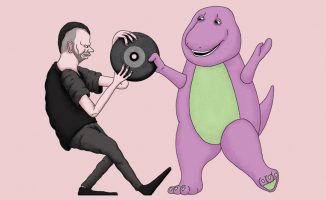 Friday Five: How To Balance Being A Parent & A DJ/Producer