If you play out regularly at clubs with Pioneer DJ media players, it’s worth knowing how to update the firmware of a CDJ or an XDJ. This is because Pioneer DJ releases updates to its media players and Rekordbox DJ software quite often in order to ensure compatibility with the latest versions of laptop operating systems and DJ software veresions. It’s not that common, though if you gig often you may run into issues between a CDJ / XDJ and your laptop.

It’s happened to me once – I showed up at a gig with my laptop because I was planning on spinning with the club’s XDJ1000s, but they wouldn’t be recognised by my DJ app and computer. Turns out the XDJs haven’t been updated since they were first purchased two years prior, so I ended up spinning with a thumb drive that night instead of my laptop. Since then, I’ve got into the habit of loading the latest firmware updates on a thumb drive just in case I play at a venue with gear that isn’t maintained properly.

Have you had any issues DJing with CDJs or XDJs that have outdated firmware? Any horror stories to share? Let us know below. 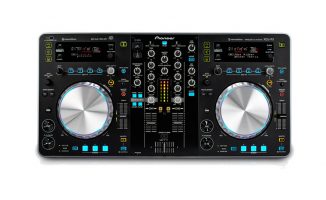