Pacemaker, the iOS app that lets you easily mix with your iPad or iPhone, has released an update that allows multiple Pacemaker users to collaborate on a mix for publishing to the Pacemaker community. You and your friends can add tunes, rehearse and fine tune transitions and even give each other feedback on how the mix is turning out before uploading it. Pacemaker lets you add music from your iTunes library or Spotify, though you can only publish mixtapes that contain Spotify songs.

It’s a fun idea that gets others involved in the creation process, and though streaming sites like Spotify let you collaborate on playlists, doing a mixtape collab that has DJ transitions is just so much cooler. It’s like doing a B2B set with a DJ buddy within the app (or “B2B2B2B” for even more mixtape mayhem) plus the built in AI DJ gives you track suggestions from Spotify’s millions-strong catalogue for even the longest or most eclectic of DJ mixes.

• Pacemaker is available for free on the App Store with in-app purchases. Check the Pacemaker site for more details.

What do you think of this new mixtape collaboration feature? Think it’s cool, or do you prefer having sole creative control over a mix? Let us know below. 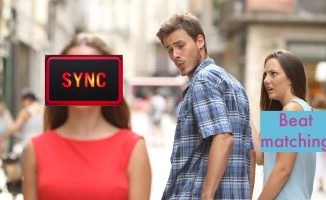 Your Questions: Is Using Sync When Making A Mixtape Cheating?