Making your own dance track has become easier and cheaper. Everyone can get into it if they want to, and they can use whatever platform they want to: software DAWs, hardware synthesisers, smartphones and tablets… you name it. So what’s stopping you, and why haven’t you started making tracks yet?

You’re reading this because you’re a DJ: you know what works on the dancefloor. You’ve developed a sixth sense for it. That moment when you know a crowd is “ready” to pop – you can feel it in your bones. Imagine being able to transform all of those experiences, emotions and knowledge about making people move and funnelling them into a track that you made yourself, ready to be released on dancefloors that you play at.

Believe me – there is no better feeling than seeing a crowd “lose it” to a tune that you put together.

Here are five reasons why there’s never been a better time to produce your own tunes:

Five Reasons To Get Started Producing

1. There are huge innovations going on in loops and samples

For the first time in music history, chart-topping music producers, accomplished engineers and headlining DJs are using the same equipment to make music: a computer. With the exception of niche analogue purists, today’s dance music is made on a desktop or laptop. Sure there’s a handful of hardware strewn about such as a keyboard Midi controller or a drum pad, but most of the action happens “in the box”.

The sounds used in today’s dance music are also becoming increasingly available: look at the proliferation of loops and samples platforms like Native Instruments’ Sounds.com, Splice and Loopmasters. For the price of a few macchiatos you can get access to professional sonic elements for your productions, putting you in the same league as the heavyweights. DAW software has also become more accessible, allowing you to easily tweak those sounds to your taste with just a few clicks and at a fraction of what they used to cost.

2. It’s easier than ever to get your music to DJs

SoundCloud announced a few weeks back that DJs will be able to stream from SoundCloud in their DJ software. This is huge because the SoundCloud community is focused mainly on producers, and being able to stream from it means that DJs will have access to millions of songs long as they’ve got a WiFi connection. It’s also easier to upload a track to SoundCloud than to get it on a service like Spotify or Apple Music, which requires you to go through an aggregator like Tunecore, CD Baby or Distrokid at the time of this writing.

That means that you can produce a tune, upload it on SoundCloud, tell DJs that it’s available and they’ll be able to play it, no additional set-up time or fees needed. It’s that simple. And of course, social media has made it possible (and acceptable) to reach out and develop relationships with DJs regardless of whether you’ve met them in person or not.

3. You can make money off of your track plays and downloads

Something major happened in the last five years: streaming became the most popular way to listen to music. People didn’t have to buy albums, CDs, MP3 downloads… it even killed music piracy. As more music gets on streaming sites like SoundCloud, Spotify, Apple Music and Tidal, music publishers and record labels have become increasingly savvy about monetising those streams. Far from being a bad thing, this actually means that royalty collection has become easier and more efficient for the normal DJ/producer (ie someone who isn’t signed to a record label).

Once you’ve got your music uploaded on a streaming service like SoundCloud or Spotify, each play counts as a fraction of a penny. You probably won’t be leaving your day job to do music full time, but a couple of thousand streams will at least help you pay for your next piece of production gear or a sample pack. Not bad considering the cost of having it appear on those streaming sites every year is under US$10.

4. Real-time collaboration is a thing now

We were at Amsterdam Dance Event a few weeks back – it’s the biggest gathering of DJs, producers and dance music industry folk in Holland. I met a couple of producers and I noticed that one of the first things we always talked about was collaborating on a track together. It may seem commonplace now (just take a look at any Top 40 chart) but collaborating with other musicians used to be a logistically difficult and expensive task. You’d have to block time out to write music together, book studio time to rehearse and record, and then work with mixing and mastering engineers to get your product out the door. Not to mention you had to get a blessing from your record label bosses because they would be the one to fund the entire process!

That’s history now – using communication and collaboration tools like Gmail, Google Drive / Dropbox, and even Facebook Messenger and WhatsApp makes talking, thinking and getting creative in real time a whole lot easier even if you’re “collabing” in different time zones. It’s also a great way to “fill in” the gaps in your own production skills and knowledge: look to work with other producers or musicians that complement your own skill set and talents to come up with a result that would’ve been impossible otherwise had you worked alone.

5. You’re bound to find an audience… WHATEVER music you want to make

There are 4.2 billion people online in 2018. That’s a heck of a lot of ears. The great thing about it is that every single one of those people will have a personal preference when it comes to music. The internet has basically opened to floodgates for just about any type of media to be consumed, and with billions of people waiting, you’re bound to find an audience for any type of music out there. That’s good news because it only means that someone out there can potentially be a fan of your music.

Niching down has become a thing in today’s hyper-consumption, broadband-equipped landscape. You don’t need to have millions of listens to be successful either: check out the “1000 true fans” theory. If you need even more proof that you’ve got a fanbase just waiting to discover your music, look no further than “Internet Rule 34”. Google it ;).

The internet has lowered barriers across industries, and it’s interesting to note that music was one of the first playing fields that it levelled with the advent of Napster and file sharing back in the late 90s. That’s been followed by significant advances in recording and production technology, so much so that it’s entirely possible to make music on your phone. And it’s not some random blips and blops either: producer Steve Lacey composed tracks for rapper Kendrick Lamar’s Grammy and Pulitzer Prize-winning album DAMN using his iPhone.

All the tools, sounds and opportunities are there for you to make music, distribute it and make a couple of dollars in the process. You just have to muster the courage to get started. So what’s stopping you?

Always dreamed of making your own music? Our complete Dance Music Formula online course teaches you how to produce and release professional-quality dance music, no matter what your level of experience. Check it out here.

Let us know what type of music you’d like to make in the comments below. 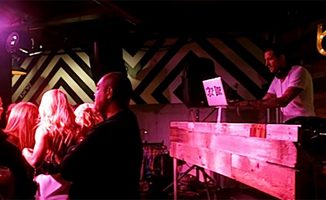