Native Instruments just released new images of Massive X, the highly anticipated update to its popular Massive soft synth. It features a fully overhauled modern interface (the original Massive was launched back in 2007) and it packs two wavetable oscillators with 10 different modes each. It will also come with 125 wavetables at launch, new insert FX, plus a new click-and-drag audio routing feature for lots of signal flow patching possibilities.

We’re excited for this one because we love Massive – it’s one of the soft synths that really helped define the sound of late 2000s dubstep and EDM, and it continues to be a favourite of electronic music producers today. The new interface looks more complex than the original Massive GUI at first glance, and that’s probably because of all the new power under the hood.

The new routing option also sounds cool, making it similar in some ways to a modular (soft) synthesiser that you can patch and re-patch to come up with new audio signal paths.

What are your thoughts on this new update to Massive? Think it’s cool? Are you a Massive user? Would you upgrade to this? Let us know below. 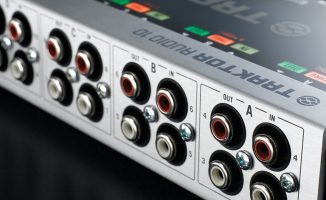