The crossfader is a control you see included on a lot of DJ mixers and controllers, but there are some DJs who don’t use it because they think it’s only used for cutting while scratching. Even if you don’t have any scratch or battle DJ aspirations, the crossfader is still a useful tool for getting smooth blends and executing some simple tricks.

In this piece we present three reasons to use it.

It’s easy to accidentally bump the volume fader without realising it in the heat of a mix. Even if the volume fader is just nudged a little bit, the sound can bleed into the other song that is playing and can create some pretty jumbled sounding mixes. The crossfader can be used as a “failsafe” to make sure the channel you don’t want to be heard isn’t coming out of the main speakers.

When you are done transitioning from one track to another, make sure you throw the crossfader fully to the side with the track that is currently playing. I personally use this technique before almost every transition to help make my mixes as clean as possible.

Most controllers and DJ software allow for adjustment to the crossfader’s curve, which determines how fast volume will fade in or fade out. This allows the crossfader to be a quick way to adjust the levels on the channels to help avoid redlining your master output.

Crossfader curve determines how fast or slow the volume of each channel will increase or decrease relative to the position of the crossfader. When set to a “fast” or “sharp” curve, the crossfader will act more like an on/off switch, letting both channels come through the main speakers even with just a tiny bit of crossfader movement away from the currently playing deck.

When set to a “slow” or “smooth” curve, the volume change will be more gradual and you need to move the crossfader further away from the currently playing deck in order to hear the other deck come out of the master.

3. It lets you do quick and easy mix tricks

The crossfader can be used to perform some simple but effective mix tricks, like something I call the “Drop Switch”. This trick is most useful for tracks with long instrumental sections. It involves playing similar sections of two tracks at the same time, then using the crossfader to quickly switch between the two tracks back and forth. This trick is used to build excitement by teasing the next track you are mixing in without having to let it play out completely.

Here’s how to do it: Have the crossfader all the way to the side of the playing deck. Then play the next track at a similar section with both volume faders all the way up. Once the two tracks are beat matched, move the crossfader from one side to the other on beat. This is a great way to tease the next track you are bringing in while making the track that is already playing more interesting.

The crossfader is a feature that DJs associate with battle DJing or hip-hop, but it’s also useful when mixing. Even if you primarily mix using the volume faders, learning to incorporate the crossfader can help improve your mixing, so if you aren’t using it right now, give these three tricks a try and see how they change your DJing for the better.

Do you always use your crossfader when you DJ? Have any crossfader tricks and tips you’d want to share with us? Do so below.

Your Questions: What's The Difference Between Crossfader, Line Fader & Gains? 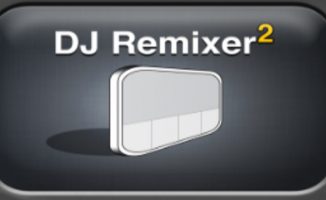