Sonarworks, creator of the Sonarworks headphone and speaker calibration app, just announced that it has released a free ebook series on music production. The first ebook is called Successful Studio Set Up and it covers the basics of getting the most out of your home or bedroom studio space including acoustic considerations, room dimensions, and monitor placement. A followup has also been released called Creation and Translation which deals with getting your music ideas out from your head and into the world.

As a company that specialises in optimising headphones and speakers for music production, Sonarworks is in an authoritative position to release such instructional material. We’ve reviewed Sonarworks 4 and gave it top marks, and we expect these ebooks – particularly Successful Studio Set Up – to be full of useful and awesome info to get you started on the right path to producing music.

• Get Successful Studio Set Up over on the Sonarworks site.

What’s your home studio set-up like? What upgrades and improvements are you thinking of adding? Let us know below. 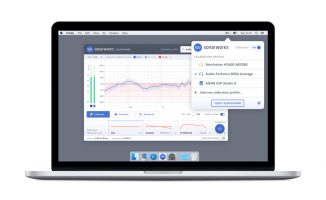