As one half of the “LuvDup Twins”, Mark van den Berg – originally from Cape Town, South Africa – made a name for himself in the Manchester (or “Madchester”) scene in the 1990s as a DJ, producer, and club promoter – culminating in DJs in places as far flung as Russia and Hong Kong. Later he found himself pivoting into working on an early social media platform, before getting into the video DJ business, supplying music videos to DJs across Europe.

While he still does that (nowadays with his own company, WeMix), he also found time to become a wedding DJ, forming one of the most successful DJ companies in the south of England, Mighty Fine Entertainment. It’s not only a company that has won awards, but that has led to him being a wedding industry award judge himself. In this episode of Tales From The Dancefloor, Mark shares his ups and downs, and some great stories too!

• Find out more about Mark over at Facebook Page. 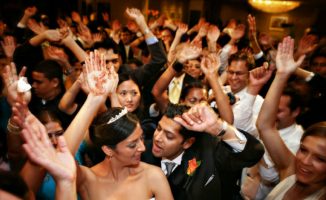