The prepare crate is a feature that made a huge impact on the way I DJed once I wrapped my head around how to use it. It can help you mix faster, have a more overall cohesive set, and have a less cluttered DJ library. It’s a feature that most DJ software have (including Serato DJ) but many DJs rarely use it or even know about it at all.

So let’s take a look at what the prepare crate is and why you should be using it.

What is it, and what’s it for?

The prepare crate is a call back to the days of DJs carrying record crates. As a DJ searches for what to play next, he or she would halfway pull records out of the crate – a way to mark them without making a mess.

3 reasons why you should use the prepare crate

1. It acts as a “brain dump” while DJing

Just like during the days of playing with actual vinyl records, the prepare crate is a “holding place” for possible records to drop during your set. Instead of waiting until you’ve loaded a track to think of what song to play next, the prepare crate allows you to save all the songs you are thinking of playing, all in one place.

Being able to set aside just a handful of songs helps you develop a more cohesive set. Instead of picking tracks to play one at a time, you can choose a handful of songs so you’ve got options. Then when you’ve played enough tunes of that style or vibe, you can ditch the rest, and go assemble another prepare crate for another set of “next few records”. It’s all about having possibilities and options during your performance.

Another situation where the prepare crate is useful is when you’re playing a wedding or private event where the client is requesting songs you wouldn’t normally play. Instead of creating a playlist that you’re only going to use once, you can use the prepare crate to make a temporary playlist for those songs – once you’ve played them all, they’re gone and there’s no permanent playlist of stuff you’ll likely won’t ever play again.

3. It lets you approach DJing from a “mini-sets” perspective

One way that I frequently use the prepare crate is to prepare short sets of three to five song long combinations that I know work well together. Like most DJs I always seem to have a few of these types of mini-sets in my head, and as I’m scrolling through my crates at a gig, I may spot a song from one of my mini-sets, decide it’s time to play that mini-set, then quickly throw that song and the other two or three into the prepare crate so I can play the set quickly from there.

Doing this on the fly is an alternative to creating a big bunch of small playlists in my DJ software which can lead to clutter. Some DJs don’t mind having lots of short playlists (and if you choose to do this, hiding them in a playlist folder called “mini-sets” can certainly tidy up your browser) but I personally prefer having a minimal number of playlists – and the prepare crate helps me accomplish this.

By using these three prepare crate techniques, you can have more cohesive DJ sets and also have a more organised DJ library. If you haven’t started using this powerful feature found in most DJ software, give it a try and see if you find it useful for your workflow. 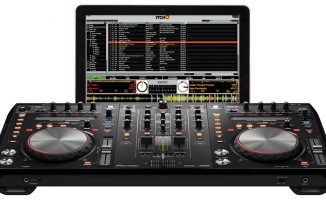 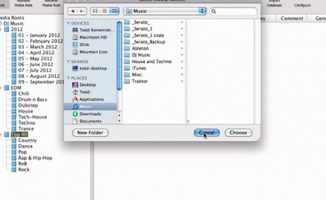