Pioneer’s XDJ-XZ is a four-channel standalone DJ system, and the flagship standalone all-in-one unit in Pioneer DJ’s range, in front of the XDJ-RR and XDJ-RX2, the latter of which has been particularly popular this last few years.

But before you open your wallet and grab one (it’s actually pretty hard to find one right now, as the first batch appear to have flown off the shelves), it is worth having a think as to whether it’s the right standalone DJ system for you. So in this article, I’ll talk you through seven things you should be aware of about the XDJ-XZ ahead of making that decision.

1. It’s huge! – This is neither a good or a bad point, but it is worth making: The unit is big. It is to all intents and purposes just like two full-sized Pioneer DJ Nexus media players and a DJM-900 club mixer, joined up. It’s actually even deeper than the CDJ players are. But while those players are separates, this is all in one big unit. That means it is not easy to transport. But at the same time, it is dreamy to play on, as it all feels exactly the same as pro club gear. If you intend to move it around a lot, you may prefer something smaller

2. It works with Serato DJ Pro – There was a bit of protest when Pioneer DJ launched the DDJ-1000 Rekordbox DJ controller, because it didn’t work with Serato – you have top purchase the DDJ-1000SRT unit to do that, which is pretty much identical. But the XDJ-XZ is a different beast: Not only is it a standalone unit, with the ability to DJ direct from USB just like on pro club gear, but it also works with a laptop – with Rekordbox and Serato. That flexibility is definitely one of its strengths. (Note that at the time of writing, the Serato compatibility is still “forthcoming” – expected early 2020)

3. It is only two channel in standalone mode – What this means is that while it has four channels, which you can use with Serato DJ Pro, Rekordbox DJ, and external audio sources such as CDJs and record decks, if you want to DJ from USB drive, you can only use two of the channels – just like the XDJ-RX, RR and RX2 before it. This has been a disappointment to many as of course a full standalone four-channel capability would have been both obvious and preferable here – although it is with saying that if you do happen to have a couple of Nexus 2 CDJs knocking around, you can connect these up and it will then work as a four channel unit

4. It has EQ across the master output – For mobile DJs (for whom we suspect this controller will be appealing, especially stateside), finding out that the XDJ-XZ has EQ across the master output will be a welcome piece of news. Why? Because it means you can plug in to any PA system directly, and “EQ the room” without needing to use the channel EQs to do that or ever having to take a small live mixer to have between DJ unit and PA amplifiers. Bass a bit much? Rein it in a bit. Mids need a tweak? Highs a bit dull? Just dial it in on the master output EQ, and DJ with your channel EQs at 12 o’clock, where they should be, rather than having to use them to EQ the room

5. There are lots of useful settings hidden in the utility menu – A few functions of the type you may reasonably expect to see represented with buttons on the mixer especially aren’t actually present – but it turns out that many things like crossfader curve are actually just hidden away in the utility menu. So if there are deck or mixer features you don’t spot when perusing the unit, check the PDF manual on Pioneer DJ’s website first and make sure they’re not just tucked away in the Utility menu. you’ll probably find what you want there…

6. It’s last-generation tech – No getting around this: The “standalone” tech here is dated. Denon DJ’s Prime 4 unit – its obvious competitor – has far more power and flexibility, and it shows in pretty much every area, from screen to features to on-board file analysis to, yes, four genuine standalone decks. The Pioneer DJ technology works fine, and is proven, but the very second that Pioneer DJ releases something with a built-in computer (which is essentially what the Prime series of gear from Denon DJ Has), this will be officially be last-gen tech, even for Pioneer

7. It is well priced – Let’s face it Pioneer DJ is not a bargain basement brand; its gear commands a premium in the market. So while this can in no way be seen as cheap (it costs $2300), it is nonetheless relatively good value. It looks and feels just like a full pro set-up, yet costs around the price of a single CDJ-2000NXS2 player. It is likely to last you for many, many years. And it comes with Rekordbox software too, so DJing with it as a software controller won’t cost you a penny more. Not exactly cheap, then – but well priced nonetheless

If you’d be happy to use something with the same standalone feature-set but cheaper and smaller, the XDJ-RX2 makes more sense. If you don’t actually care about standalone and are happy to use software, then the DDJ-1000 (Rekordbox) or DDJ-1000SRT (Serato) feel like pro gear but are smaller, lighter and cheaper. And if you want the most powerful standalone system out there, it’s currently Denon DJ’s Prime 4 (which is also cheaper).

But if you want the look and feel of pro gear in a Pioneer DJ standalone and can’t wait another 12-18 months, within which time we strongly suspect there will be a much more powerful replacement from the Pioneer DJ stable, currently this is your only standalone option – and it’s a good choice. Just be aware of the points made above before making your final decision, and go in with your eyes open. 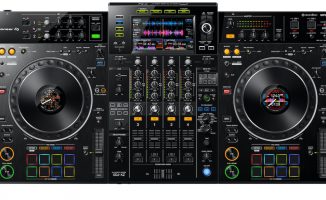 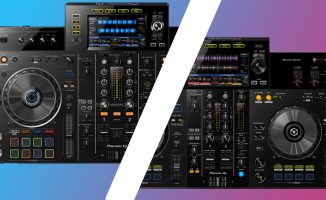