It can be frustrating being a DJ who wants to use an Android phone or tablet for DJing. You see iPhone and iPad DJs and musicians using all of their polished apps and workflows, and wonder “when are we going to get that stuff?”

Whether through history, the issues with programming for the divergent technologies used by the hundreds of Android manufacturers, or just the fact that creative types seem to prefer Apple, it does seem that Android often gets left a bit behind.

Learn to DJ on your phone: DJing Made Easy course

So it’s good to bring some positive news to you Android DJs: Algoriddim’s djay 3.0 for Android brings some of the features you’ve been missing from the iPhone and iPad apps.

I have to tell you upfront that you don’t get Neural Mix, the live stems separation tech that you may have seen launched for iOS.

However, you do get two music streaming services (TIDAL and SoundCloud), the Looper sequencer, and integration with the mobile-friendly Pioneer DDJ-200 controller. It’s a decent upgrade.

• Get it over on the Google Play store 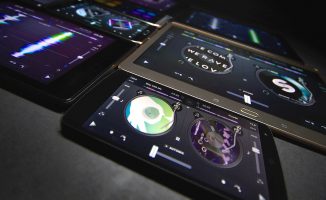