Yup, I had to check that it wasn’t 1 April too. But it’s for real: A new device that can “beam” audio directly to your ears without the need to wear headphones has been announced, and could transform practice sessions for DJs when it launches in a consumer-friendly version by the end of next year.

Called Soundbeamer 1.0, it “beams” sound directly to your ears, meaning you can hear the sound, but others around you can’t. It typically sits on the desk in front of you, and detects where your ears are, so you don’t have to stand still for it to work – as a DJ practising your set, for instance, you could dance around and the sound would “follow” you.

How it could change DJ practice

DJ practice sessions are typically loud affairs, which is great if you’re able to do it without disturbing others – but if not, traditionally DJs have had to practise in just headphones, using Split Cue, or Headphone Mix.

Learn to DJ (in headphones or with speakers!) with us: The Complete DJ Course

This is a different style of DJing to the way you’d do it using headphones and speakers, and many DJs don’t get on with doing it this way.

The Soundbeamer technology would mean that you could use Soundbeamer as your “speakers”, and still use your headphones to monitor and cue, just as you’d do when using real speakers. This ought to make for far more natural practice sessions, without upsetting sleeping kids, neighbours or co-habitants.

The Israeli company behind the tech, Noveto, hoped to have Soundbeamer 1.0 on the market before next Christmas.

The best way to get your head around this wild-sounding product is to watch a video AP made interviewing the team behind it and describing how it works:

What do you think about this? Would you buy one? Think of any other uses? Let us know your thoughts below. 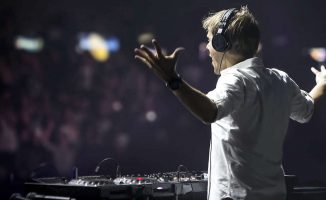 5 Things To Look For In DJ Headphones 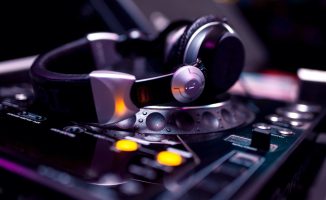