Traktor Pro software will soon get a drum machine, say the software’s developers, among a raft of promised improvements to the platform. The news came in a lengthy post on the Native Instruments Traktor forum, in response to a user survey.

A drum machine was just one of the items discussed in the forum piece, where the developers also promised to stay more in touch with users waiting for news of developments.

Here are the highlights of what was revealed:

Maybe worth noting that there was no mention of Traktor DJ 2, the app that was heralded as the eventual future of Traktor software back in 2019.

Get the course: Traktor Made Easy

The state of play with Traktor Pro

While Traktor has lost a lot of ground to Serato and Rekordbox over the past few years, it is still a relatively popular platform among certain niches and in certain places. It is still the best at some things, notably audio quality, and arguably FX and looping with electronic music.

New possibilities present themselves with the merger of Native Instruments and Izotope, which is probably why new FX were mentioned for the first time in the post.

So while this update is somewhat characteristically short of details and timings, it does seem that there is genuine development going on, and a healthy desire to listen to and include the Traktor community by its developers.

Of course, we’ll keep you informed as and when we know more – we regularly ask the questions on your behalf… 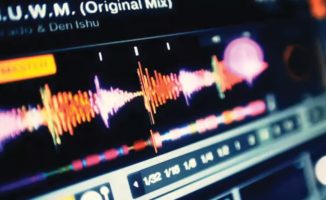