Users of Denon DJ and Numark standalone DJ gear can upgrade now to the latest versions of Engine DJ, and take control over a wider selection of smart lighting, as well as enjoy more control over Beat Jump and Auto Loop.

These are just two of the improvements announced for Engine DJ 2.3 OS, a free firmware upgrade for all Engine DJ-powered hardware. This is what’s included:

The Engine DJ 2.3 Desktop app (for music preparation on Mac and Windows) also has some minor improvements, including speed improvements when exporting, and a Default Beat Jump Drive Preference, to go with the Beat Jump changes added to units.

Finally, Prime GO users can now use their units as software controllers, with the announcement that Virtual DJ now supports the Prime GO, making it the only DJ software to date that does so.

As always, good to see inMusic working on the software, which is the make or break of all of this hardware. Interesting to see Nanoleaf control as a headline new feature, possibly underlining that a lot of this gear is being used by hobby DJs and home jocks – not a bad thing of course.

Learn how to DJ on this kit: The Complete DJ Course

And just on the subject of key analysis, please inMusic will you switch to fuzzy keymixing for your key sync, and thus make it actually usable? Pioneer DJ is now using it on the CDJ-3000s and in Rekordbox, and Algoriddim just switched djay Pro AI to it – it is the best way for DJs to harmonically mix, and is simply a programming change. Go on, you know you want to!

• These are free upgrades for all users, and they include all the usual bug fixes etc too. Update your device or devices’ Engine OS version directly over WiFi, and grab the latest Engine DJ 2.3 Desktop app from the Engine DJ website. 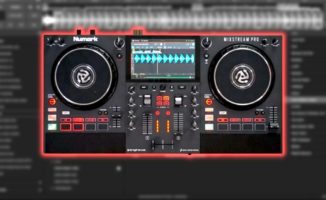 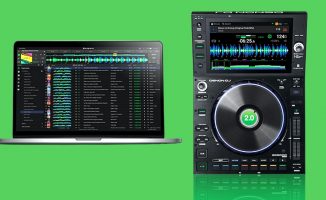 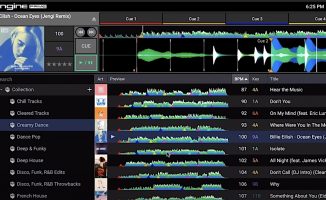