Pioneer DJ just released two new videos explaining its KUVO technology, aimed at club owners and DJs. KUVO is the company’s hardware and software system that interfaces with Pioneer DJ gear to stream track data to the KUVO website and mobile app. For DJs, this means they can let fans know what they’re playing instantly, whether it’s a classic dance tune or something they produced right before the show. For fans, KUVO lets them know where their favourite DJs are spinning at, among other things.

The KUVO hardware is a black box that interfaces with compatible Pioneer DJ gear via the ethernet port, and connects to a club’s internet connection. As a DJ performs a set, track and artist titles are streamed to the KUVO website and mobile app, letting fans know what the DJ is playing whether they’re at home or on the dancefloor. DJs can also embed messages in songs that appear on the KUVO site and app when a song plays (eg “Out now on Beatport!”). Fans can use KUVO to check out who’s playing in KUVO-connected clubs around the world like Pacha in Ibiza, Ministry of Sound in London, and even The Butter Factory in Singapore. Think of KUVO as Facebook for (Pioneer) DJs.

While you should be keen on sharing your whereabouts with regard to DJ performances, you may or may not appreciate sharing your tracklists with the world. DJs who want to keep their tracklists secret can opt to hide their song selections by making them private, although this is only possible with songs prepared using Rekordbox. The aforementioned message attachment to songs can only be done via Rekordbox, too, so while it’s possible to stream your DJ set to KUVO without touching Rekordbox at all, you’re missing out on some features.

This is Pioneer DJ’s initiative to get booths into the cloud, which is something that others have tried, such as Richie Hawtin’s RADR, which tweets track names from Traktor in real time. Whereas RADR starts at the bottom for mass adoption needing nothing more than a Twitter account and a laptop running Traktor, the main difference with KUVO is that it begins at the very top: The hardware itself is meant to connect with Pioneer’s upper tier of CDJ and DJM gear (CDJ900/DJM900 and up; no mention of controllers yet), which the world’s top DJ clubs already have installed to begin with. Add to that the fact that you need Pioneer DJ’s own Rekordbox to access all features like song privacy and message attachments when preparing your sets, and you’ve got a rather exclusive, albeit potentially high-value, all-inclusive Pioneer DJ ecosystem.

If this entire system gets adopted by the world’s most popular DJs, and I believe there is a very real chance of that happening since the world’s festivals and megaclubs are already Pioneer DJ-equipped to begin with, then Pioneer will have created a new dichotomy for themselves that moves beyond the CDJ vs controller debate: If you’re a professional DJ that plays in only the biggest shows and venues wherever you are in the world, you’re part of our gated KUVO community joined by the likes of “insert festival headliner / Beatport Top 100 charter / Hakkasan resident here”. Else, you’re part of the millions of DJs who aren’t.

It could be polarising stuff, but if all KUVO is offering is another app on your smartphone that sends you “Buy Now!” messages and tells you where expensive clubs are located around the world, it’ll hardly be compelling; after all, we already have apps like Shazam and Soundhound to do our song identification. However, it still new, and if it gets wider adoption among both venues and DJs as the years wear on, I’m willing to bet that Pioneer will want to leverage this box in some other clever way to make this divide between a DJ and a Pioneer DJ as pronounced as possible, while shrinking the number in the latter camp at the same time.

It’s still too early to tell how KUVO will fare in an already-cloud connected digital DJ landscape, so we’ll just have to wait and see. For now, check out these two videos from Pioneer DJ that walk you through the system.

What do you think of Pioneer’s bid for the cloud? How do you think this will affect today’s booth tech diversity, and do you think it’ll reach worldwide adoption? Will it really benefit DJs by bringing them closer to fans, or is it added bloat and a trick to justify expensive DJ kit? We’d love to hear what you think! 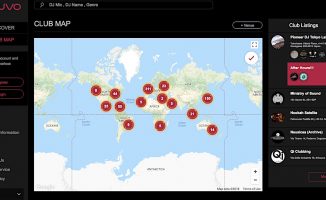 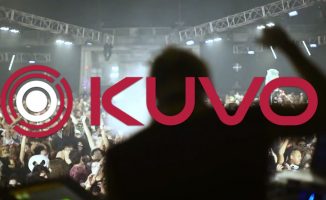 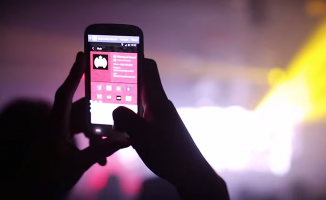