In its first new product release for quite a while, Numark has today launched the Numark Scratch mixer, a two-channel DVS mixer with a built-in 24-bit audio interface, designed for – and supplied with – Serato DJ Pro.

All-metal and with an Innofader crossfader, the Numark Scratch is a scratch mixer through-and-through, with now-standard features for this type of mixer such as crossfader reverse and slope switches, a clean layout on the lower half of the mixer of the type that scratch DJs prefer, and big paddles for triggering effects.

Each channel can be switched between line/phono and software, and the channels have gain, three-band EQ, plus hardware filters. There’s a single omni mic input with volume and tone, and both booth and master outputs. The five-bar metering offers concurrent per-channel and master displays. There is a cue/mix knob for those late-night bedroom headphone sessions.

While this unit works as a standalone mixer for two analogue inputs, such as a pair of turntables, it is really designed to be used with Serato DJ Pro as a DVS mixer, and so packs in a host of essential control features for that software.

These include four pads per channel to control cues, samples or loop rolls; a separate rotary loop encoder; and six pushbutton-selectable effects plus an FX wet/dry.

We were hoping to have a unit here by the time of writing but unfortunately that hasn’t arrived as I write, but as soon as we do get our hands on one we’ll give you a more detailed view.

But for now, this is an important mixer because it brings much of the functionality of a mixer like Pioneer DJ’s DJM-S9 to DJs for under a third of the price of that unit.

Sure, it’s got limitations: There’s no track browsing from the mixer meaning that has to be done from the laptop; the effects (apart from the filter) are software-only, meaning you can’t use them standalone when just playing records or CDs without the laptop; of course there are four pads not eight per side; and there’s no split cue for your headphones.

More practically, there’s no control vinyl in the box, so you’ll have to factor in buying timecode vinyl on top of the price of the mixer if you want to use it, as primarily intended, for vinyl DVS control.

But for the price, this mixer appears to be a steal: It’s well-built and the basic specifications are sound (for instance, it has a “grown up” power input with transformer on board; it has balanced XLR outputs; and as mentioned, it has a dual XLR / 1/4″ mic input, is all-metal, and has that lovely Innofader as standard).

Couple it with a pair of the equally impressive Numark NTX1000 turntables, and you’ve got a pro-quality software scratch set-up for well below the price of the Pioneer DJ DJM-S9 mixer alone. Just bear in mind you’ll need to budget for scratch vinyl and cartridges too – try asking your dealer to throw them in when you purchase the lot together!

With the Numark Scratch, Numark is opening up this type of scratch set-up to DJs with a lower budget for the first time, which is awesome to see. The mixer deserves to fly out of the doors.

Check the promo video below, including the demo by 2017 DMC US champ DJ Perly.

• The Numark Scratch mixer is available now for US$499. Check the Numark site for more details.

What are your thoughts on this mixer? Want to add it to your scratch set-up? Let us know below. 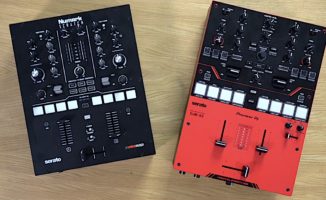 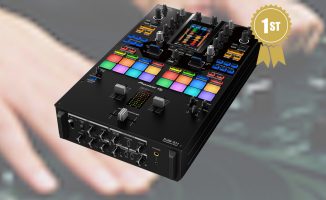 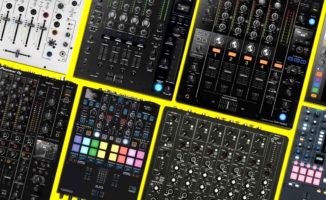 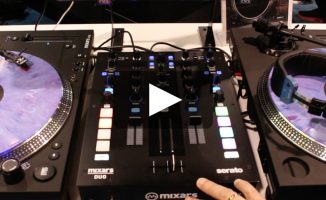