Serato has today announced “Serato Flip”, a new expansion pack for Serato DJ software that allows DJs to make their own edits of tracks from within Serato DJ, and save up to six variations per track for instant playback whenever they like. The new “Flip” feature looks set to make it very simple to extend intros and breaks, remove whole verses and choruses, chop up beats, engage in tone play, make “clean” versions of tracks via the censor button and so on, and recall the results easily in future DJ performances.

Serato Flip works by recording cue point and censor actions, which can be saved and looped, ready to re-trigger and start whenever the DJ chooses. The “flips” can be easily named and recalled, just like cues and loops can. The “flips” are non-destructive as they’re simply collections of metadata, and once recorded, a flip doesn’t rely on the original cue points remaining in the track. Think of flips as pre-programmed sets of playback instructions for tracks, allowing the DJ to escape the “linear” start-to-finish playing of his or her music files and reimagine them in new ways.

“Flips” can not only be recalled for use as alternate edits of tracks within Serato DJ, but can also be recorded as audio files for further work (in a DAW for instance), turning Serato DJ effectively into a beats creation tool. Especially when combined with quantise, the feature looks set to make creating beat-perfect DJ edits, “clean” edits, dubs, radio edits, extended versions and so on a simple task for the DJ. The “flip” function works in offline mode too, meaning edits can be prepared away from your DJ equipment (for instance on a plane or in a hotel room right before a gig).

It’s important to reinforce that the “record” function within Serato Flip actually records actions – and by “actions”, Serato means specifically cue, loop and censor metadata – as opposed to levels, tempo, jogwheel movements etc. So Serato Flip remembers changes you make in the linear structure of a track rather than the speed, pitch, volume, EQ or anything else. Once you have an automated “re-edit” (“flip”), those other things remain under your manual control on subsequent playbacks. Think of the Flip feature as allowing you to make your own re-edits of tracks ahead of time, then DJ with those re-edits just as if they are simple finished tracks, even though the re-edited version doesn’t actually exist anywhere apart from as set of metadata in Serato DJ on your computer (unless you choose to play back your Flip then record the output, of course).

As well as working with the new Akai AFX, we understand from Serato that the Pioneer DDJ-SX is already mapped to work with Serato Flip in Serato DJ 1.7, and Numark has told us that the forthcoming Numark NV is also compatible (and indeed, will ship with a Serato Flip licence in the box). We would expect updates for more existing hardware too, and the Flip controls are also Midi mappable. (Update 7 Aug 2014: the new Pioneer DDJ-SX2 also has compatibility.)

Serato Flip vs Traktor Remix Decks vs other systems

While it is a different concept to Traktor’s Remix Decks, it’s fascinating to compare the two, because their aim is broadly the same: to allow DJs to pepper their sets with material that is theirs and theirs alone. While the Remix Decks rely on relatively complicated live performance of individual stems, though, and aren’t designed to offer the chance of automating what you perform, Serato Flip leaves the stems idea to one side, and instead lets DJs make more wholesale changes to existing tracks – and then recall the results as completed, automated edits in the future.

This kind of thing is a bit of a holy grail among DJ software companies, with The One and Virtual DJ 8 also dabbling, and now that Serato is also throwing its weight behind non-linear editing within DJ software, it’ll be interesting to see how well DJs take Serato’s system to their hearts. Certainly, many have found competing systems to be hard to get to grips with, and Serato Flip does at face value appear to be pretty simple to understand and use. We’ll hold our opinion until we get to try it, of course, but it looks promising to us.

• Serato Flip will be a US$29 Expansion Pack for Serato DJ 1.7, which is due this coming September. Get more information on Serato Flip here.

So, what do you think? Is this the kind of easy-to-master re-editing system you’ve been waiting for someone to come up with? Or is it too limited to appeal? Would you like to see Serato going down the routes of some if its competitors, or is this a good route of its own to take? Please share your thoughts in the comments. 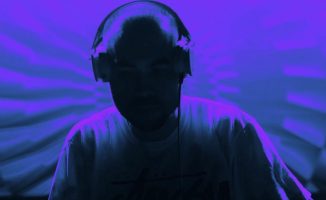 Serato Users: Get The Flip Expansion For $1 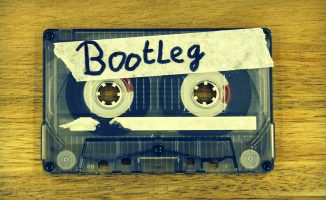 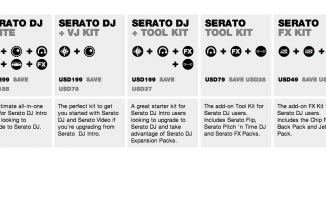 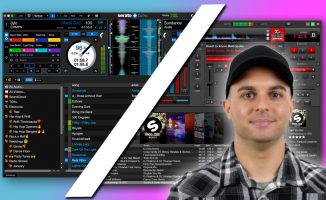