Talk about not taking your own advice! I’ve DJed thousands of times in the last 20 years and played every kind of gig, underground, commercial, huge clubs and festivals, house parties, corporate, illegal raves – the damned lot. And I’ve been teaching this stuff for nearly half a decade. Yet I tripped up at such a simple hurdle on Friday, an error which nearly ruined my gig.

I was booked to play at the corporate Christmas party of a cool online company, employees from 20s through to 40s and smattering of older folk too. I’ve DJed for them a couple of times before, and they book me because I play “something for everyone” and the other DJs they’ve used (usually venue-provided) have been awful.

They had a marquee set up for a three-course meal outside an ultra-commercial bar/club in a “entertainment strip” of venues on a waterfront near their offices. They ate at 9pm and I was to play from 10pm till 4pm in the club attached.

At 10.30pm the audience started drifting in from the dining area, stuffed with food and heading for the free bar. The sound system was pretty good, loud and lots of bass, and the management turned the house lights down and some pretty decent club lighting on. It was all set for a great night.

I began to warm them up, working my way through the set-list (at this kind of gig I usually start with older, slower, familiar music, mid-tempo stuff, moving into cool recent pop, bit of hip-hop, some classic disco, house, then bigger party and EDM-style stuff, before hitting the more obvious party classics later on).

The problem started almost immediately. The manager came over to me, turned it up so loud that it was hurting even my ears, and said: “What are you doing? When are you going to get going?”

“They’ve just finished their food, don’t worry about it, it’ll be great!” I said, politely and with a smile.

Ten minutes later, he’s back. “I’m sorry, but the organisers told me that they want upfront commercial music. I personally like what you’re doing but they don’t and they’ve told me to tell you. Please change now.”

Here’s where I made my mistake and actually listened to this guy. I couldn’t spot the person who booked me and I was in a strange venue (it was actually in a different country too, first time I’ve ever DJed there). So within the boundaries of what I was prepared to play, I “upped things” a bit. A few people danced. They soon lost their energy and left. The guy was back.

“Look, they’ve got the money and they’re paying for all of this, and they’re not happy. Do not play anything older than the year 2000, and play commercial stuff. Don’t shoot the messenger, but I am sick of them complaining – and I just want to get wrecked! Oh, and loud is good!”

“Look, if the organiser wants to talk about the music, send them over to talk to me directly next time, please,” I said. With that he turned it up to ear-splittingly loud again (I’d turned the music down a little) and was off.

At this point I was royally p____ off. The floor wasn’t happy, either. I chose to ignore him, and immediately lowered the tempo and volume, dug out a couple of slower vocal tunes, and started playing what I knew would warm up the chilly night and get our (slightly overstuffed, but ready-to-party) crowd on the dancefloor. Sure enough, it filled up fine and soon we were powering through the genres, and I was back on track playing the variety of old and new they had booked me to play. I never saw him again on the night.

It actually turned out OK in the end, but that club owner / manager had upset me and worse, I’d let him dictate the music policy (for a short while, anyway). It affected my mood for the whole night. And we all know a DJ who doesn’t want to be there is not a good thing for a happy party. As I say, it was OK in the end and I hope my professionalism pulled me through, but I didn’t play my best, not by any means.

The morning after the night before…

The worst part is that I got word from the organiser today: “That’s strange – we never said anything of the kind! We know that what you play is great, that’s why we prefer you to do our parties…”

Of course it’s too late to “have it out” with this guy to find out what was really going on here. Maybe it’s the fact that the company declined his own DJ in favour of bringing their own (me) that upset him. Maybe the fact that some of the crowd left immediately after the free food/bar had gone made him think the music had something to do with that. Or maybe it was that I wasn’t playing the ultra-commercial music they quite possibly have on the rest of the time made him feel he had to come and “have a word”. I just don’t know.

What I do know is that due to me failing to ensure that I immediately spoke to the person who’d booked me, I played the wrong music, got upset and didn’t enjoy the night. I’m angry with myself for making such a basic error, and while I’d be really happy to play for the company again, I wasn’t pleased with my performance and wouldn’t be surprised if they’d rather look elsewhere next time.

Just goes to show that no matter how long you’ve been DJing and how much you’ve learned, you can still make simple mistakes. This is definitely one I’m not going to make again, though!

Have you ever been in a similar situation? How did you deal with it? I’d love to hear your thoughts in the comments below. 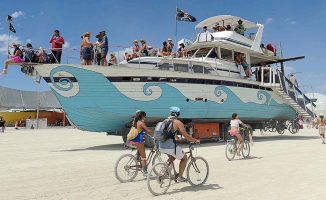 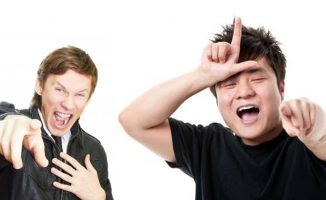 Over To You: Why Do CDJ DJs Hate On Controller DJs? 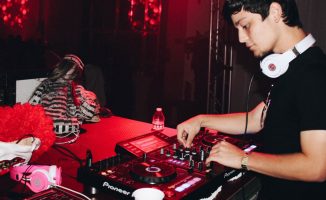 Over To You: What's The First Ever Song You Played At A Gig?