Remember the Pepsi Taste Test Challenge? Well, VirtualDJ has today issued its own challenge. It has thrown a gauntlet down by inviting all DJs who currently use any DVS (digital vinyl system) to try the new VirtualDJ 8 DVS engine for free. VirtualDJ claims its new “Xtreme vinyl control DVS Engine 8+” is as good as anything on the market – and is gunning to prove it.

Unlike some other DVS systems, VirtualDJ’s doesn’t require you to own any proprietary hardware in order to use it, and also claims to work with anyone else’s systems “out of the box”. That means if you’re an existing user of any DVS system, you can download the demo and try it right away on the gear you already own.

It also means if you have any DJ audio interface with two stereo inputs and two stereo outputs, or any DJ controller with an audio interface built in and the ability to connect up two record decks or CD players, again you can use VirtualDJ’s timecode solution without needing to buy extra hardware or plugins; all you need is some timecode vinyl or CDs (and of course a pair of decks or CDJs).

“Several months of development time went into making the best DVS engine on the market, it’s truly a game changer as the first cross platform compatible DVS software that will work with virtually all existing DVS hardware and records on the market,” said Andrew Van Almen of Atomix.

Already some big guns are getting behind it, with DJ EtRoNiK (DMC USA Champion/WMC Scratch Champion) saying: “This new DVS system really kicks ass. It’s actually at least as good as the others, if not better. I didn’t expect that from Virtual DJ. But I’m having a blast using it!”

Atomix has also released a new video series called “Atomix Power Room” (you can see the first one here) where participants get to play with it, the first round being the instructors at the Scratch DJ Academy in Chicago.

This is disruptive in the sense that, assuming it really is as good as the rest (and it certainly appears to be), it removes the necessity to own a system that only certain hardware will work with. To many DJs, this was always a somewhat artificial constraint, involving the need to carry extra hardware around for no apparent reason other than licensing / commercial concerns. VirtualDJ is clearly hoping this flexibility will attract users to its Virtual DJ 8 platform.

It wouldn’t be surprising, though, if other manufacturers have a few words to say – at least in private – about VirtualDJ’s engineers building in compatibility with their own “closed” systems in this way, not least because currently Virtual DJ doesn’t even have its own timecode vinyl on sale.

We asked Atomix, the makers of VirtualDJ, whether it will be re-introducing its own timecode vinyl (there was some once, a long time ago) any time soon. While the company wouldn’t confirm this, it is actually rumoured that this is indeed coming.

One of the promo videos we’ve seen for this release has a (seemingly rather hastily mocked-up) piece of VirtualDJ timecode vinyl featured in it. It would definitely be a good move to introduce this if the company is serious about pushing the timecode abilities of VirtualDJ 8, not least to show the rest of the industry that it isn’t just piggybacking on everyone else’s timecode.

• Got a DVS system, a four-in, four-out sound card, or a DJ controller that lets you plug two decks or CDJs in? Want to give this a go? Click here to try the demo. If you’re setting up with a controller, there’s a tutorial from Virtual DJ below.

Is this a good move from VirtualDJ? Would you consider using this system over another? If you’re heading off to have a go, please come back and let us know your views once you have! 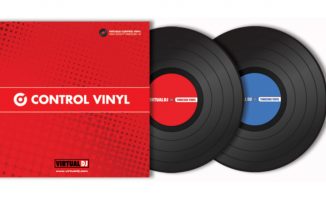 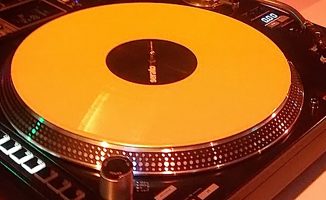 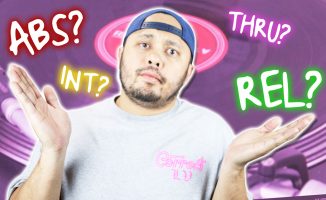 DVS Modes: What Do They All Mean?