Have you played DJ Hero? I have to say I haven’t, but I have seen it and was pleasantly surprised by the skills it decides are worth having in order for you to clock up points.

As a guitar player I found Guitar Hero excruciating, but I actually think that DJ Hero is better for introducing young’uns and the curious to DJing than guitar hero is for guitar playing. Anyway, the reason for this piece is the news that Tïesto has just launched DJ Hero 2 in Ibiza.

The sequel to what was apparently the biggest selling new game of 2009, DJ Hero 2 features “new two-player battle modes, freestyle scratching, and a heap more dance music this time around, including exclusive remixes and mash-ups from the likes of the Chemical Brothers, Deadmau5, Guetta and Tiësto”, according to Mixmag.

Purists, schmurists
Purists may scoff, but I suspect most of the readers of Digital DJ Tips will agree with me that anything that can get people into DJing – be it DJ Hero 2, or Tïesto himself DJing the last-but-one Olympic opening ceremony, or the diminutive little ION Audio iCUE3 Discover DJ System, or whatever new gadgets are round the corner in the clubs like the Traktor touchscreen – is all good.

Keep on moving, don’t stop…
Things have certainly moved on unrecognisably from the two-decks-and-a-mixer years that I remember from when I started DJing right up until the first (and frankly hopeless) little Hercules DJ controller in the early 2000s.

The next few years will, I confidently predict, see DJing shaking off the last grasps of the purist old school and strutting prouder than Tïesto in DJ Hero 2 right into the mainstream. Digital is here to stay, DJ Hero and all. 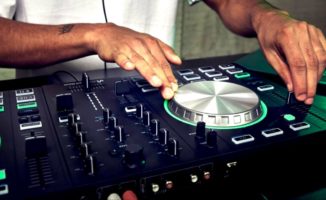 Tiësto Launches His Own DJ Controller For Young Learners 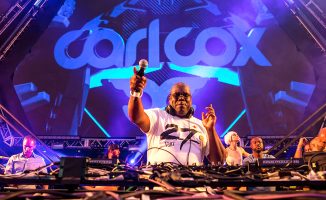 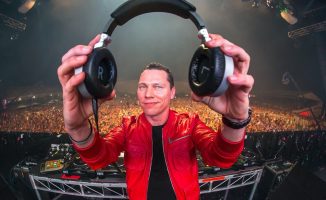