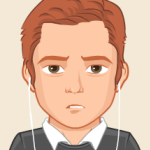 As a DJ , CT2000 (aka Lee Whittaker) has been spinning dance music since his early teenage years, playing for his friends in his parents garage in the late 80s early 90s on belt drive decks with no pitch control and cheap mixers, moving to playing pubs and clubs around the West Kent. He eventually made enough money to upgrade to one of the first Pioneer MK1 CDJ 1000s and DJM 500 and continued to play his main love of dance music - house during the rest of the 90s . In the 00’s CT2000 launched the number 1 dance music news and reviews site - dancenova.com as well as the streaming dance muisc station danceamp.com where he was owner editor and writer for the sites as well as production of mixes. CT2000 also wrote and contribute to a number of onsite, print and radio , including DJ Mag , Radio 1& Kiss Now back from an early retirement CT2000 is relaunching his DJ career in 2014 experimenting with digital and production of dance music and sharing my love of music. djct2000.com