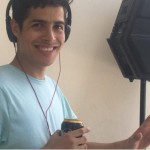 My passion for music starts to late I think (to late for the average), when I was 19 years old is when I really understand and enjoy the concept of music with rock and electronic music. I have many influences, but I think there are three main ones: The videogame soundtracks of the 80s and 90s (composited for synthesizers and midis). Classical electronic music because my aunt listened to this when she was young and shared it with us (Like Giorgo Moroder, Jean-Michel Jarre, Kraftwerk, etc.). The new age music that my father listened to (like Kitaro, Enigma, Vangelis). Then, because of my age, I started to get in touch with contemporary electronic music: House, Techno, Trance and Psychedelic Trance. When I was 23 I met a friend who was mixing on his laptop with the virtual DJ, I started to hang out with him. We didn't play in events, but we noticed that every day we became more critical with software, songs, and performance. We started using traktor, then controllers, then my friend started to make their songs. But I did it for hobby and fun, until a year later I met a group of people called "The Sommeliers" through a friend of the university, this group focuses on growing not only musical but intellectually and at the same time share this knowledge with the rest of the people. Now I have a reason to become a professional, and this same motivation has led me to know everything I need to become one, has improved my performance and I want to achieve something huge with music. That's why I'm here for the same reason as you ... to learn and be better. Greetings and surround yourself with good music.