There are scores of DJ apps in the iOS app stores, and it can be difficult when faced with such a selection knowing which ones are worth your time and money and which aren’t. It’s not helped by the fact that what’s possible on the platform has improved dramatically recently, but some of the apps in there haven’t kept pace.

You only need to briefly dip into the forums of Algoriddim (the company that makes the popular djay app) to appreciate the demands being made by customers. Some are incredible! So, in 2012, what should you realistically be looking for when considering which DJ app to download to try on your iPhone, iPad or iPod touch?

These are features which should be present in every DJ app without question. If the app you’re considering doesn’t have these, then walk on by…

These are the features which raise a DJ app above simple audio playback and mixing between two tracks. They are mostly for serious DJs; casual users are less likely to be interested in the number of cue points an app provides or the quality of track analysis. If you’re considering purchasing an app which promises to be a “pro-level DJ app” but it doesn’t have any of these features, then it probably won’t live up to the hype.

These are for the more adventurous user of DJ apps. If you’re considering using an app professionally, in a live environment, then most of these will probably be on your wishlist.

As the iOS hardware and operating system mature, developers will continue to make best use of new features available, and the wishlists of DJs will expand further.

There are a huge number of other features which are likely to become increasingly popular, such as iCloud and iTunes Match support, and audio copy and paste support, the latter meaning you can create a beat or track in one app and copy the audio onto a deck in your DJ app. (Incidentally, djay has both of these).

Have we missed any features you think iOS DJ apps must have? Would you be happy to pay via in-app purchasing for extra features? How far off being a mature DJing platform do you think iOS is? Please let us know your thoughts in the comments. 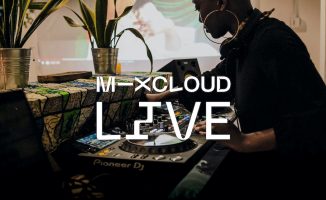 You Can Now Watch DJ Streams On The Mixcloud iOS App