In the past we’ve spoken in-depth on how to promote yourself and your brand as a DJ. At various points, the subject has come up of the DJ going beyond his role of music and takes a hand at promoting or even throwing the events yourself.

This is part one of a six-part series where I’ll share with you what I learned in throwing and promoting events. Hopefully you’ll learn from my own failures and thus avoid the issues I ran into. Everyone needs a mentor, so I hope my hard-won experience can help you just as others helped me.

Why you should promote or throw events

Like it or not, the DJ industry has grown far beyond just playing music. For some, branding, networking, and throwing out demos will bring them gigs. Many others are still sat in their bedrooms wondering what they did wrong. Even beyond that, loads of DJs will go into booths and play music, yet have little to no real understanding of all the other work that goes into the event they’re at.

This is one major reasons to get into promoting or throwing parties. It’s a doorway into the industry and an education on this culture. My own experiences made me understand why certain things happen, and even why the industry is a slave to the consumer.

Getting involved in event promotion is also a good way to network. It will help promoters get to know you, possibly trust you, and then you’ll be their man when they need a DJ. Another reason is probably what drives many into event promotion. They want to be able to market and push a scene and sound not found in their neck of the woods. It’s the techno, or dubstep, or even house DJs who are tired of playing popular music, and thus want to build a scene around their musical tastes.

The goal and hope of course is to grow the event to a degree that those DJs can now go from gig to gig and freely play music the way they like, with a scene backing them up.

Beware the “having a place to play” reason…

There are wrong reasons, and the big one is “to have a place to play”. I know this seems like a contradiction to the idea of getting involved in all this, but learn from my mistake and the mistake of many others, throwing events just to have a place for you to play is a one-way ticket to failure.

The main reason is you’ll end up throwing the event for yourself, and not for the public or a market. If you’re not prepared to take these considerations into mind, your even will not succeed.

Throughout this series I am going to be pounding into your head the idea of putting the headphones aside and thinking beyond the considerations of a DJ in order to build success. It was a lesson a respected promoter and DJ told me long ago. I didn’t listen initially, but a few failures taught me the hard way.

Think about goals. Why do you want out of throwing events? Is it just to make a name for yourself as a DJ? Or to promote a scene/music style not currently represented in the clubs? Or just to make money? Or simply have a fun night? The best practice is to set one primary goal, and bear in mind other goals might conflict with that. So let’s say you want to start up a dubstep night in your town, a town that only seems to like top 40 music. Your primary goal then is to build a dubstep scene in your town.

A secondary might be to make yourself known as a DJ and even build an industry network. You might also want to put the goal “make money” in there, but the reality is that goal might conflict with your music goal. So you’ll get something going, it’ll be fun, some people will show up, but you might find in the end that you’re not making a lot of money.

Often times music-driven nights have this conundrum, which is why you’ll notice the guys who want to make money tend to cater to mainstream audiences.

What is your market? Events unfortunately do not follow a “build it and they will come” logic. You need to look at your area, who’s in it, what do they do, and what they go out for. If the scene is just full of college students who only go see cover bands at bars, then think about what you could do to attract them to something else. Would it be doing a mashup night where you play a lot of music they know, only as dance music? Or do you think you could appeal to that market by throw a rave and push that particular counter-culture, to try and get them all out on the “forbidden fruit” effect?

Another beautiful piece of advice I received from another respected promoter in my past was that people don’t go out to bars and clubs to pay for drinks or music. They go out to pay for a lifestyle.

Imagine every glam/bottle service club you’ve seen. Look at the lifestyle they’re selling. Women go to these spots because they want to look hot, be pampered and worshiped with bypassing the line, no cover, and some free booze. The guys go because they too want to see not only if they’re “privileged” enough not only to get in as VIPs, but to perhaps hook up with those girls.

Let’s change it up. What if you more want to throw underground events? What lifestyle do those people want? Many of them want things to be more like Europe with top quality sound and talent in the DJ booth, and even expensive out-of-town talent they read about in blogs. They want London’s Fabric nightclub in their town, or a wild night without rules where they can go nuts until morning.

Think of the audience before yourself

Whatever goals you set and lifestyle you dream up to sell, this is a consumer market. The consumer is king, and they decide who makes it and who fails. I know as DJs we tend to let things become more and more about ourselves, but some of the biggest failures I’ve seen in this industry came from folks who didn’t think of the audience.
I threw an event in a club and tried to make an underground market when one didn’t exist. Unfortunately I found the audience still would rather hit up the club with the music they hate because it was full of hot women, and they only wanted “underground” from particular clubs with a top-quality sound system.

Looking back, that event failed because I threw it so I’d have a place to DJ at, and be able to play music I liked. I didn’t think deep enough on what others in the scene wanted, and thus could not get anyone to come out and support.

If you want to succeed in throwing and promoting events, you have to be a businessperson first, and a DJ second.

Next week, we’re going to get into the actual planning of an event, thinking about factors such as venue selection, negotiation with the owner, budgeting, and especially why you should not go it alone. Stay tuned.

Are you just starting out on the road of promoting your own parties? Have you had successes or failures trying to put your nights on? Have you seen people successfully bring “new” music to places where such nights had never previously been seen? Let us know your thoughts in the comments! 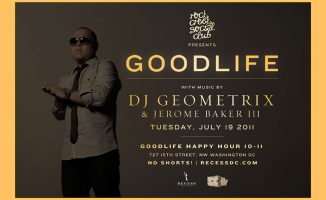 How To Promote Events & Throw Your Own Parties: Part 3 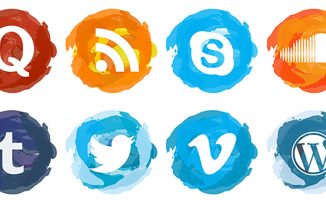 How To Succeed At DJing, Part 11: Promote Yourself Online