Reader Eros writes: “My dilemma is this: I’m going down the pure digital path using Traktor. All clubs and bars here use CDJ 2000s and DJM 900 or 800. I was therefore trying to work out an option where the equipment I use at home is easily compatible with gear I will find at clubs. Initially I was excited about the DDJ-T1 and figured I could just plug it into one of the channels on the club mixer and then off I go. However a few places weren’t happy with that as they don’t consider the DDJ or most Midi controllers as being ‘club spec’.”

Eros then goes on to detail several options using combinations of the X1, Pioneer DJM-900 and so on to try and get a digital setup that complies with the percieved needs of the clubs in his area, but ends his letter confessing: “I’m more than a little confused by it all and trying to figure out which the best way to go is…”

When I replied to Eros, I said this:

“The clubs are spinning you a tale. The DDJ-T1 is ‘club spec’ – if you can fit it into a DJ booth, that is, as it’s rather large. Indeed, you can DJ fine in a club with nothing more than a laptop and, say, an Audio 2 sound card – it’s not about the gear, it’s about the sound quality. The DDJ-T1’s sound quality is fine, as is that of most mid to high end DJ controllers. Persuading clubs of this stuff is another tale entirely, but deciding what gear to buy on the strength of what analogue-trained club owners tell you is in my view a mistake. Go for what you want, and educate them.”

However, I got to thinking that this problem is digital’s dilemma. On the one hand, there’s no logical reason why DJs can’t use 100% digital gear in clubs – done well, the audience will never hear the difference and will often be treated to more exciting, innovative DJing. It’s like an airline telling you you can’t use your mobile “even in flight mode” – there’s no logical reason for such a silly rule, and it’s damned annoying.

On the other hand, club owners want to fit gear and forget it – they don’t want rookies who can’t even use the club’s expensive CDJs turning up and pulling the mixer out to plug in their laptops running cracked versions of Virtual DJ, only to start traincrashing awful-sounding YouTube rips. This is completely understandable too. In my experience, professional, considerate DJs can within reason use their own gear in DJ booths – but obviously this isn’t always the case.

So over to you. What’s your opinion? Have you come across resistance like Eros has? Does controllerism belong outside the DJ booth only? Can you sympathise with the club owners? Or should they accept controllers and digital as part of the mainstream now, and stop expecting everyone to use CDJs (or DVS)?

Would love to hear your thoughts in the comments. 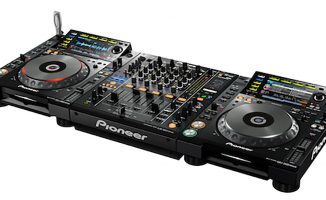 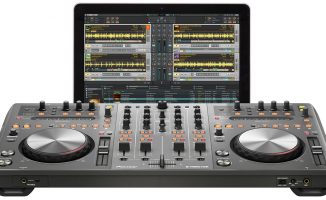 Your Questions: How Do I DJ With No Booth Out Or VU Meters?